Russia is working on the final stage of official tests for Penicillin complex. It does not go about medicine at all. Penicillin is a sound-thermal complex of artillery reconnaissance, capable of greatly reducing the time of detection and neutralization of enemy artillery weapons. 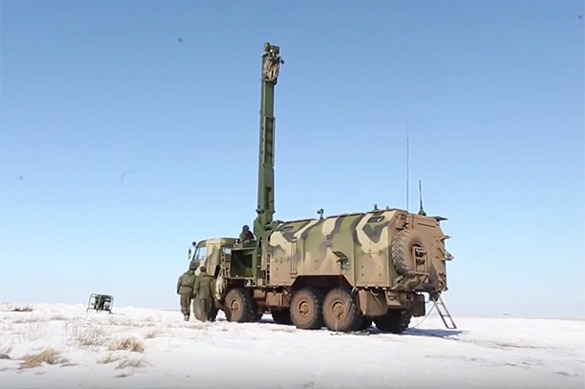 The serial production of the complex is scheduled for January 2019, a message from the press service of RosElectronica, the maker of the complex, said.

The complex operates at a safe distance from the enemy. This is a very significant factor under the conditions of military operations, because it allows to sharply reduce risks for servicemen on the front line. In addition, the Penicillin complex is capable of operating in a fully automatic mode. The complex is intended for reconnaissance of firing positions of artillery weapons, mortars, rocket launchers and launch positions of anti-aircraft and tactical missiles while making fire adjustments for artillery systems, developers note.

The complex performs combat missions on a strip of territory up to 25 kilometers wide. It consists of several sound receivers installed on the ground surface, as well as an optoelectronic unit. The system receives and processes acoustic signals from shots (explosions) and provides information about the site of the shell explosion, accuracy of the strike and coordinates of the weapon.  The time for obtaining coordinates for a single target does not exceed five seconds. The range of radio communication with external communicants may reach 40 kilometers.

Presently, the Russian army uses Zoopark-1 radar reconnaissance system for firing control. The system was passed into service in 2007. In 2013, Almaz-Antei  defense concern introduced the upgraded Zoopark-1M complex. The complex is capable of conducting reconnaissance activities and control mortar firing positions (up to 22 kilometers in control mode), guns (up to 20 kilometers), MLRS (up to 35 kilometers) and tactical missiles (up to 45 kilometers).