Why the West should not lift sanctions from Russia

As of 2016, Russia has reached 90 percent of self-sufficiency in vegetables. The domestic production of greenhouse vegetables has increased by 8% - to 691,000 tons. 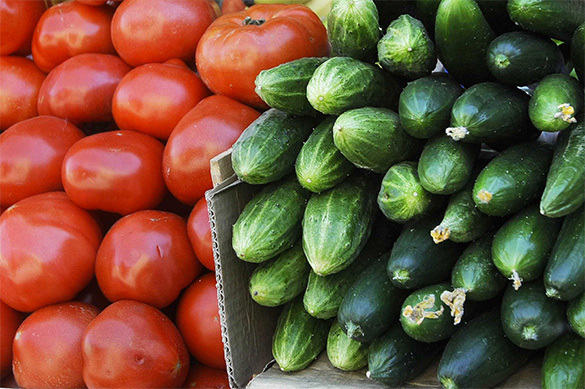 According to the Minister for Agriculture of the Russian Federation Alexander Tkachev, 160 hectares of winter greenhouses were put into operation in 2016. "In order to achieve full self-sufficiency in vegetables - especially in tomatoes and cucumbers - we need to annually increase their production by 200 thousand tons by 2020. This requires modernization and construction of greenhouse complexes of at least 400 hectares a year," Tkachev said at a national agronomic meeting.

According to him, to replace fruit imports, Russia needs to arrange about 15,000 hectares of gardens a year. This will make it possible to increase the production of fruits by 500,000 tons in four years, and by 1.5 million tons - by 2025. In 2016, there were as many as 14,000 hectares of gardens created in Russia, RIA Novosti reports.

Restaurant chefs have found a way to overcome difficulties associated with the food embargo. They addressed the ingenuity of the Soviet era. The results of the culinary revolution have turned out to be both amazing and mouth-watering at the same time. Russian restaurants have returned to the roots of the Russian cuisine. Traditional Russian food products have become popular again, while restaurants do not suffer from the lack of visitors owing to affordable dishes. Even respectable Western publications had to acknowledge that Moscow was becoming a real paradise for gourmets.

Until recently, it would never occur to any Moscow entrepreneur to name their fashionable restaurant in honor of a provincial Russian town. However, the success of such restaurants has shown that trends have changed. In just a few months, Moscow has evolved from a "culinary desert" to a "paradise for gourmets."

Naturally, the decision of the Russian government to ban imports of foreign cheeses, fish and meat products made many Russians angry and annoyed. However, the anger was quickly replaced with interest in domestic food products and love for traditional Russian cuisine. Many Russian entrepreneurs immediately mobilized their productions in an attempt to fill Russian food stores with European-style cheeses or meat delicacies. Russian Kamchatka crabs, Murmansk scallops and a variety of fish from Russian rivers and seas enjoy immense demand in the country.

Western sanctions and enterprising caterers gradually improve the situation. During the times of economic turmoil and the weak ruble, the use of local products makes cheaper cheques, and Moscow restaurants are packed with visitors, The Guardian wrote. In today's Russia, people go to restaurants on a regular basis - this is not a special occasion anymore. This trend has been gaining momentum rapidly, creating a new generation of Moscow gourmets.