A growing number of Russian regions realize that tourist business, if properly organized, can be a good source of income. How can Russia attract tourists, if there is no warm sea and not too much sunshine? Interesting events could be a way out - festivals, concerts, inserts, celebrations, forums and branded local products. Belevsky pastille, Venevsky buns, Syzran tomatoes, Novgorod gingerbread, Arkhangelsk cod and many other delicious made-in-Russia products have been gaining popularity not only in Russia, but also abroad. 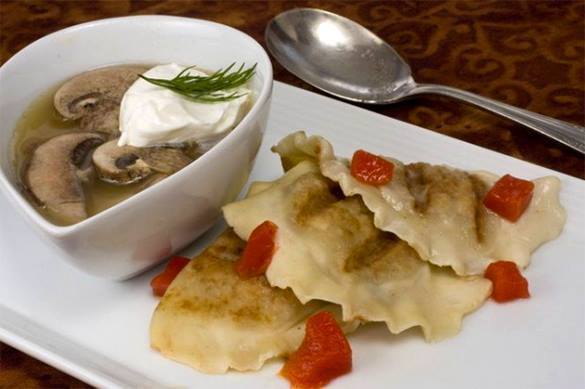 Pravda.Ru talked about the development of domestic tourism with President of the International Enogastronomic Center, Leonid Gelibterman, and CEO of the National Association of Guardians of Gastronomic Heritage and Tourism, Oleg Alekseyev.

"They develop gastronomical tourism too. In many regions of Russia that have no  warm sea, high mountains, great museums and other attractions, gastronomy events are the catalysts that attract tourists."

"So people will come to Russia to enjoy food?"

"Yes, they will. Many Russian regions have very interesting cuisines and unusual products. After all, everyone needs to eat three times a day, and everyone wants to eat delicious food, especially when they go on holiday. There is a variety of food festivals in Russia - they range from local to regional and federal ones."

"I have recently attended an event in the Pavlovsky Posad District called "Cold Jelly Meat Fest." The event was held for the third time only, but it has evolved into a large regional festival, where people enjoy eating meat jelly ('holodets' in Russian). This year, there were 21 buses with tourists that arrived for the fest.

"There is also a variety of cultural and sporting events. For example, in the Samara region, there is a big festival held called "Classics on the Volga." Classical music concerts are held outdoors in summer. World stars come to the festival that anyone can attend to enjoy the music."

"I do not want to make event tourism a separate type of tourism. After all, modern tourists have become more demanding. Very often, people want to combine a trip to a certain event with ethnography and gastronomy. If you go to the beach, you do not lazy around on the beach all the time - you want to go somewhere to see something.

"In Spain, there is a hugely popular festival called Tomatina, where everyone throw tomatoes at each other. In Russia, there is a tomato festival called "The Syzransky Tomato." In Syzran, they do not throw tomatoes, but one can try a huge number of products made from tomatoes. The tomato festival coincides with the International Festival of Brass Bands "Silver Trumpets of the Volga Region." In the Tula region, there is a settlement called Venev. The settlement used to make little buns that were widely known in the region and beyond. They have revived the tradition of bun-baking in the town to attract tourists.

"There is a similar story in the town of Belevka that used to make delicious Belevsky pastille. The production of this pastille was ceased after the October Revolution, although it used to be a very popular product that was known outside Russia. Nowadays, there are three factories that make Belevsky pastille.

"There are other regions that can boast of the the same results. For example, the Altai region develops various types of tourism very successfully. Altai cheeses and honey are very popular in Russia. In Novgorod, they are proud of their gingerbread. They say that the Novgorod gingerbread is totally different than any other gingerbread. If you go to the Caucasus, the Volga region, to the Urals, to Siberia - these are whole special worlds. Russia is unique for its variety of natural conditions and different peoples and their national cultures. The wealth that we have is so enormous that we can not even understand how enormous it is. We are trying to understand it now."