Culinary tourism may become an important industry of the Russian economy. Because of the exchange rate of the Russian ruble, traveling outside Russia for holidays has become costly to many. Pravda.Ru conducted an interview about the culinary side of tourism in Russia with President of the International Enogastronomic Center, Leonid Gelibterman. 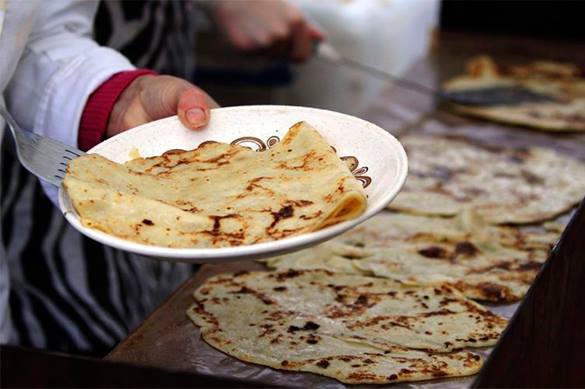 "There is a good saying: "You are what you eat." Many Russians spend a lot less on traveling abroad now. At the same time, tickets for domestic flights are sold out for the summer period, which is a good indicator of developing domestic tourism. Regional authorities take measures to attract Russian tourists. Various gastronomic festivals are commonplace. Has culinary tourism become popular in Russia?"

"Usually, a common tourist spends 25 percent of their holiday budget on food and drinks. And, of course, there is a very serious struggle for these 25 percent going on. For many nations, the gastronomic subject is predominant in their selection of the country for tourism.

"This year, the UN World Tourism Organization (UNWTO) held a special international forum in Spain that was devoted to culinary tourism. This international organization has identified gastronomic tourism as a separate branch of tourism that different countries will be developing jointly.

"In many countries, gastronomic tourism is very well developed. In Europe, this is France, Italy or Portugal. Singapore and Hong Kong have been fighting fiercely for the title of the culinary capital of Asia. Japan is far ahead of France on the number of Michelin stars. Tokyo is a city where you can find a multitude of Michelin-starred restaurants.

Also read: Is there a cuisine in the UK?

"Many countries work a lot to attract tourists by promoting their national cuisines. The process is developing in Russia as well. If we take a trend of the modern world, then the most popular cuisine in the world today is the Scandinavian cuisine."

"I thought that it is Asian and Chinese cuisines that determine modern trends in gastronomy."

"There are several great cuisines in the world, and Chinese cuisine is undoubtedly one of them. In China, there are at least 12 cuisines that are pretty much different from one another. If we take South America, there are two great cuisines there in my opinion - Mexican and Peruvian ones. In Europe, there is quite a selection of cuisines. In the Mediterranean region, Lebanese and Moroccan cuisines are absolutely fantastic. Turkish cuisine is absolutely fantastic.

Also read: The Japanese enjoy healthiest, simplest, but not tastiest food on Earth

"Why am I saying this? Many countries have their own remarkable examples of national dishes and traditions. Russia is a country populated by so many different peoples that have so many traditions associated with religion and culture. However, Russian cuisine does no take a decent place in the world ranking. This is obviously a disadvantage.

"Few people know that tourism creates every 11th job in the world. For many countries, tourism serves as the main source of income. In Russia, domestic tourism is developing actively now. Outbound tourism has dropped by nearly 30 percent, and the domestic tourism has grown by the same 30 percent. If you go somewhere, it should be delicious there. If it's delicious, you're ready to turn a blind eye on servicing drawbacks. If it's not delicious, you won't forgive anything."