The decree about special economic measures to ensure the security of the Russian Federation came into force in Russia on August 6. The decree was signed by President Putin. 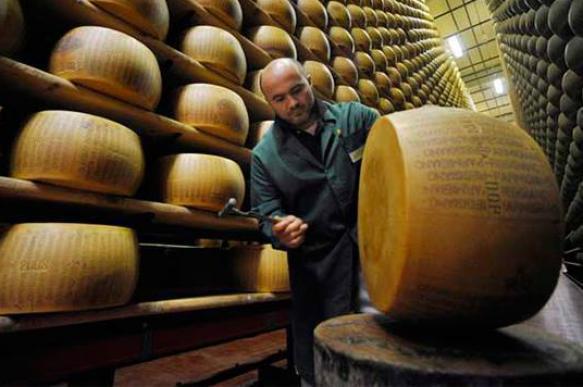 According to the decree, food products, raw materials and other goods prohibited for import to Russia shall be destroyed.

The text of the decree says that sanctioned products can be destroyed by any method to the discretion of the adequate federal agencies. However, mass media paid special attention to the possibility of f burning sanctioned products in industrial furnaces.

Reportedly, the authorities of the Belgorod region are planning to bulldoze seven tons of chees that was arrested on the border. Tons of cheese and pork are to be destroyed in Orenburg and St. Petersburg, Pravda.Ru reports with reference to RIA Novosti.

The initiative to destroy sanctioned products came from ex-governor of the Krasnodar region, currently Minister for Agriculture, Alexander Tkachev. On July 24, he offered Presidnet Putin to destroy the products that had been imported in circumvention of the embargo instead of returning them to senders.

Russia's retaliatory sanctions target food supplies worth almost $8.5 billion. The list of beneficiaries of the sanctions includes such countries as Belarus (cheese supplier), China, (fruit supplier), Chile and Brazil (meat suppliers). Turkey plans to double the volume of its products to Russia.

Thus, the officials, who decide to eat sanctioned delicacies will face a fine of up to 120,000 rubles, compulsory work of up to 360 hours, correctional labor of up to one year or arrest for up to three months.

Meanwhile, more than 153,000 people have signed a petition to withdraw the decree about the destruction of sanctioned food products.

The Russians believe that the products should be handed over to veterans, pensioners, disabled individuals, large families, victims of natural disasters and others in need.

The petition states that "the destruction of products requires additional expenditures from the budget, while the distribution of products can be conducted with the help of charitable organizations, without any burden on the budget of Russia."