Japan will not get Kurils from Russia, no matter what

The Russian-Japanese relations are going through tough times. There is no war, but there is no peace treaty either. The current state of affairs has to do with the fact that the Russian state border in the Kuriles was not recognized by Japan and a number of other countries. Over 65 years this border has not been legally protected. These islands can be called a conflict and destabilizing point in the Asia -Pacific region. 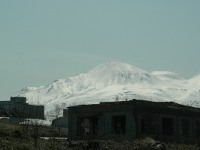 The Russian and Japanese leaders discussed issues of bilateral relations on October 7th. According to the press-secretary of the Russian President Dmitry Peskov, the parties paid much attention to the issue of signing a peace treaty and other international issues. Peskov noted the positive attitude of the two presidents. "The dialogue at the highest level is so intense that the experts cannot catch up with this schedule and carefully analyze the statements of the leaders of the two countries."

In November of this year, Russia and Japan are going to hold a meeting in the format "two plus two," bringing together Foreign Ministers and Ministers of Defense of the two countries. Peskov said that at the meeting the two leaders spoke of the need to accelerate work on a peace treaty. The leaders believe that the best philosophical basis for the settlement of the problem could be the formula proposed by Japan, "no winners, no losers."

The parties are confident that this will be the best approach as soon as its actual format is established. The work on this issue will be conducted by experts and participants of "two plus two." The relations between Russia and Japan are overshadowed by the unresolved territorial dispute that has been ongoing for 68 years. Japan claims the four Kuril Islands - Kunashir, Iturup, Habomai and Shikotan, referring to the two-way Treatise on borders and trade of 1855. Tokyo raised the issue of the return of the islands as the main condition for concluding a peace treaty that was not signed after the Second World War. Moscow has a tough stance on this issue. Southern Kuriles became part of the Soviet Union by the end of the Second World War, and the Russian sovereignty over them is beyond doubt.The Russian and Japanese diplomats have repeatedly raised the issue, but there has not been a unified solution in 68 years.

Opinion polls show that 89 percent of Russians oppose the transfer of four southern islands of the Kuril Ridge to Japan. 79 percent of respondents believe that the islands have to be left in the Russian Federation and this issue should be closed.In turn, citizens of Japan sincerely believe the island of Kunashir, Iturup, Habomai and Shikotan to be their legitimate territory. Every year on February 7th the Japanese celebrate the Day of Northern Territories. In 1855 on this day the Treatise on borders and trade between Russia and Japan was signed. The Treatise gave Iturup and other southern Kuril Islands to Japan. In July of 2009, the Japanese parliament passed amendments to the law that state that the South Kuril Islands belong to Japan.Japanese media add fuel to the fire. They keep accusing Russia of the occupation of land and encourage the Japanese authorities to take a tougher stance in the territorial dispute.

A peace treaty could resolve all disputes between the two countries. As stated on the website of the Ministry of Foreign Affairs of the Russian Federation, the negotiations have been ongoing since 1955. Until 1991, in reality, absolutely nothing was done in this area. In the 1990s, the talks were limited to agreements and declarations stating the willingness to "make an effort", "continue the negotiations for an early conclusion of a peace treaty," "step up the process of negotiations," and so on. Only in recent years the parties began to take more action.A key obstacle to the signing of the peace treaty is believed to be the increased territorial appetites of Japan.

Instead of the two islands (as spelled out earlier in the Joint Declaration), Japan wants to get four. In 2010 the then Japanese Prime Minister Yukio Hatoyama announced that his country would not accept the option where only two islands are returned. The starting point in addressing this issue and signing a peace treaty should be the identification of the ownership of four islands. At the same time the Russian leadership stated that Russia was ready to fulfill the obligation to the extent to which this will be done by the Japanese side. Tokyo must comply with the Joint Declaration of 1956 and stop demanding the return of the islands of Kunashir and Iturup. Legal and political differences are compounded by diplomatic difficulties. According to Yuichi Hosoya, a professor at Keio University and expert on international relations, in this case the traditional diplomacy is displaced by democratic diplomacy heavily affected by public opinion.

As a result, the society that is often moved only by nationalist considerations, emotions and basic ignorance, has a negative influence on the actions of politicians, who, fearing the loss of sympathy of their constituents, often engage in populism at the expense of rational and balanced diplomacy. The positions of Russia and Japan on the issue of the disputed islands are fundamentally different. In addition, this principle is actively supported by the peoples of the two countries. This is vividly manifested in Japan. In this county any hint at a search for a compromise and flexibility is seen as weakness at best, and as a betrayal of the national interests at worst. Therefore, nationalist rhetoric and populism from time to time only gain momentum.

A prompt signing of a peace treaty is also impeded by frequent changes of the Japanese government. Since 2006, Japan has had seven prime ministers. Shotaro Yachi, an adviser of the Japanese Prime Minister on foreign diplomacy, said that since this discussion will take a long time, Moscow will not begin negotiations until Tokyo forms a stable government. Obviously, there are many problems, and this issue is not likely to be resolved quickly. However, it has to be resolved and it can be resolved.What needs to be done to settle this dispute?  First of all, it has to be declared loud and clear that the signing of the mutual declaration in 1956 does not mean an immediate and automatic transfer of two islands to Japan.

This clear position would significantly ease the diplomatic negotiations and would likely make the tension subside. Then the existence of the territorial dispute should be recognized. It should be admitted that this is a complex issue, and constructive negotiations should be initiated. Then stages of a solution of this issue have to be identified without infringing on the interests and dignity of the parties involved. Russia, in addition to diplomatic steps towards normalization of the relations between the two countries, should also take the following measures:

3. Create a powerful strategic grouping of troops in the Far East to be able to repel any possible aggression.

Negotiations cannot be simple, but it is important to find a mutually beneficial solution. This requires politicians and diplomats to choose a calm and measured approach, as well as meet the interests of Russia. The Russians, Japanese and the entire world need this treaty.