One can say that the presidential race in the United States has entered the homestretch. Will it be the America of Hillary Clinton or Donald Trump? We will see it after the Americans go to the polls on November 8th. For the time being, it is obvious that the time remaining before this date will pass amid fierce struggle between the two bitter rivals. 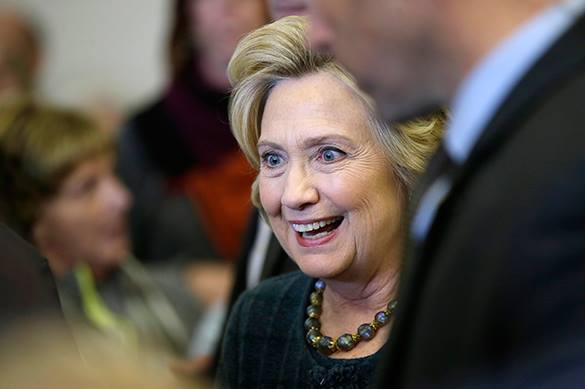 While Republican Donald Trump shows his loyalty to Russia, believing that the dialogue between our countries is vital, Democrat Hillary Clinton shares a hostile attitude to Russia.

What can Russia expect from the upcoming presidential election of the United States? Why is Hillary Clinton so annoyed by Moscow? Philosopher, historian and President of the Center for Strategic Studies "Russia - The Islamic World," Shamil Sultanov, shared his view on the subject with Pravda.Ru.

It is highly likely that the new president of the United States will be Hillary Clinton. If Clinton takes office as president, the relations between Russia and the United States will take a drastic turn for the worse. The relations will worsen dramatically, and Russia needs to be prepared for such a turn of events. This is what President Vladimir Putin has been busy with lately.

The influence of the military-intelligence complex has dramatically increased in the United States during the last 20 years. There are 16 different intelligence services operating in the USA, and they play a crucial role in making decisions. From the standpoint of the intelligence community, the prime enemy of the United States is neither China nor the Islamic State, but "Putin's Russia." Therefore, the threats that the Americans have been making in Russia's and personally Vladimir Putin's address are not just eloquent expressions. When Senator McCain said that Putin would experience the fate of Muammar Gaddafi, he did not just express his personal opinion - McCain expressed the opinion of the US intelligence community.

Secondly, for Hillary Clinton, Putin is a personal enemy. In April 2009, when Dmitry Medvedev was Russia's President, he took part in a summit of Western leaders. Mrs. Clinton and Barack Obama were present at the meeting (Clinton was serving as the US Secretary of State). Clinton came up to Medvedev and offered him to sack Putin, who was serving as the Prime Minister at the time. She said that the Americans would support Medvedev in such a move. Medvedev returned to Moscow and told Putin about the conversation, but Putin had already been informed about it. Interestingly, Clinton had not visited Moscow as the Secretary of State afterwards, for nearly 18 months.

This month, another landmark event happened that consolidated Putin's vision of future relations with the new US leadership. It goes about the split in the American elite, when 50 Republican politicians wrote a letter to Trump, in which they stated that they refused to support Trump in the upcoming election. That said, we can say that Trump will never become president. Moreover, he could be put on trial after the election campaign. Thus, Hillary Clinton was de facto appointed as the new President of the United States in August 2016.

The sharp aggravation of relations between Clinton and Trump evidences a disastrous split in the American elite. After the election, the split will remain. Some experts believe that the USA may even find itself on the brink of another civil war in a couple of years.

In fact, the split of elites has become a global trend recently. We can see it happening not only in the United States, but also in China, Turkey, Germany and in Russia too, inside Putin's team, in the political establishment and so on. They do not write much about it, but changes do happen. We have our own specific corporate society, which implies a permanent presence of alternative elite groups in it.