Norwegian media have released a computer image of Globus radar in Vardø, Norway. 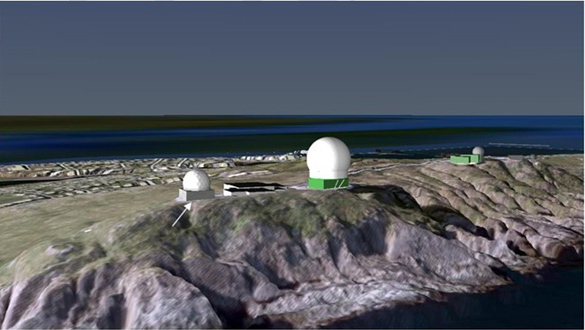 According to the NRK Broadcasting Corporation, this is the first official permission to publish the image of the radars that operate in the direction of Russia. The caption to the photo said that one needs to ask the Americans what the new radar station in Vardø would be engaged into.

According to RIA Novosti, the Globus system is a joint project of the US Air Force Space Command and the Norwegian Intelligence Service. The deployment of the 107-milion-euro system is to be completed by 2020.

According to the Norwegian military, the new radar will be used to collect scientific information, observe space objects and monitor the compliance of national interests. However, journalists found American documents for the system that suggest a different version.

According to US paper, the Globus radar in Vardø is connected with the US radar station in Florida. The two stations subordinate to the 1st squadron of space control in Colorado, which is subordinated to the 21st Space Wing - the department that works to prevent nuclear attacks against the United States and space threats.

Thus, the main purpose of the new radar is intelligence activities.

Former CIA analyst Allen Thomson believes that the radar in Vardø could be identical to the "missile shield" - the GBR-P radar. During the presidency of George W. Bush, the radar was to be placed in the Czech Republic as part of the European missile defense system, but the plan had never materialized.

In July 2007, the US Senate approved an amendment to the law on military expenditures in 2008, according to which the creation of a missile defense system was named an official policy of the US government.