Mike Billington of the Executive Intelligence Review said that Vladimir Putin was strategically one step ahead of his US counterpart Barack Obama, because the Russians have a hypersonic weapon capable of overcoming any US missile defense system. 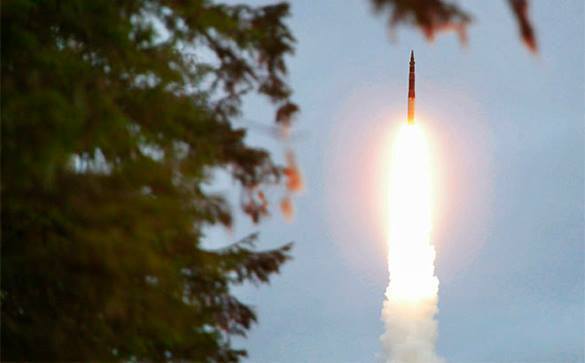 According to the military expert, it was not a bright move for the United States to deploy missile defenses in Europe. According to Billington, the policy of Barack Obama is real madness that has pushed the world to a nuclear war.

"Obama has openly deployed the necessary forces believing insanely that a preemptive strike against Russia or China could take out the nuclear response capacity of those nations. This is insane but it could in fact lead to a war. The idea that the US could in fact defeat Russia is ludicrous. Putin who unquestionably is the most brilliant strategic strategist of the current era, of the modern era, has kept one step ahead of Obama at every step of this way," Billington told PressTV.

The new Russian weapon, when passed into service, will be able to intercept the US missile defense system. According to The Washington Times, it goes about the hypersonic U-71 flying vehicle that Russia is currently testing. The advantage of the U-71 is about its speed and maneuverability. The vehicle is said to develop the speed ten times the speed of sound.

The vehicle carries nuclear warheads and was designed to overcome the US missile defense system. Twenty-four hypersonic nuclear-capable aircraft will be deployed at Dombarovsky range ground from 2020 to 2025, experts with Jane's Information Group said. By that time, Moscow will have a new intercontinental ballistic missile capable of carrying the U-71, the newspaper said. The vehicle will be able to reach the speed of up to 11,000 km/h. The newspaper suggests that Russia will take advantage of the new weapon to promote its position at arms control negotiations.