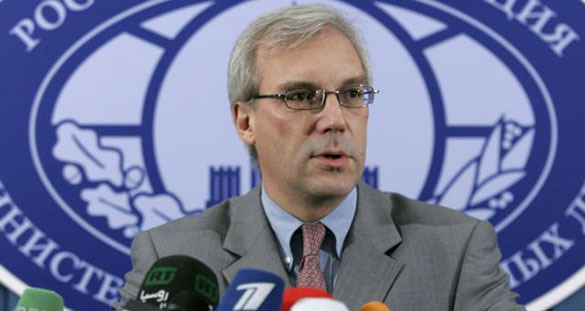 "Looking at the architecture of the global missile defense system that the USA has been building, including in Europe, including the base in Romania  - these are the elements that should be added to the military preparations of which I spoke earlier. Unfortunately, in this area, in the field of missile defense, we can see that in fact it aims to try to achieve military superiority over Russia," said Grushko, Russia 24 TV channel said.

Also read: NATO continues to lie Russia in the face

He noted that NATO refused to build a collective missile defense system with Russia's participation  "largely for ideological reasons."

"We noticed that the recent drills of the USA and its partners were conducted to simulate attacks not only with the use of one ballistic missile, but also a massive use of cruise missiles. All this clearly indicates that this system is not being created against the so-called "Iranian nuclear threat," the permanent representative of the Russian Federation to NATO said.

Earlier, the Director for the Department for Nonproliferation and Arms Control at the Russian Foreign Ministry, Mikhail Ulyanov, said in an interview with RIA Novosti that the Iranian missile program posed no threat to Europe. According to him, speculation on the subject was "just a cover for the project, the real purpose of which is to undermine Russia's nuclear containment and involve European allies in a long-term military confrontation with Russia. Apparently, this is in the interests of the United States, the official said.