Deputy Head of the Federal Air Transport Agency of the Russian Federation, Oleg Storchevoy, released a new statement on behalf of the department and addressed relatives of the victims of Flight MH17 disaster. 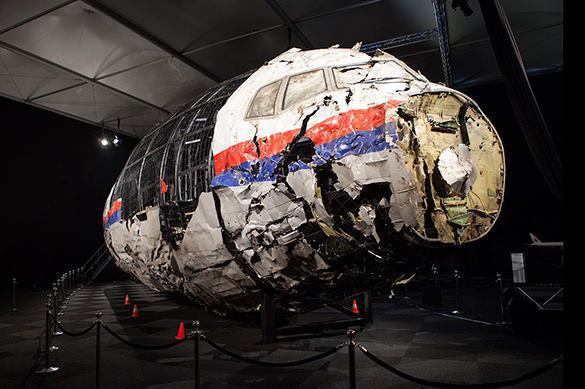 The statement was released after the relatives of the victims requested Russia and Ukraine should reveal their radar data that was obtained at the time when the plane crashed in the Donbass.

The full text of the official letter, as published by RT, is below:

First of all, I would like to express to you once more my sincere condolences over the terrible tragedy that claimed the lives of your loved ones.

As you know, Russia's Federal Air Transport Agency represented the Russian Federation in its contribution to the technical investigation into the crash of the Malaysia Airlines Flight 17 over Ukraine. In light of this, we would like to use this opportunity to respond to your recent request urging President Putin to clarify whether Russia has provided primary radar data for the inquiry.

To begin with, I would like to emphasize that Russia is strongly committed to establishing the actual cause of the crash, and has consistently done everything in its power to help find out the truth, both throughout the course of the technical investigation and following its official completion.

As for primary radar data, we hereby officially maintain that Russia provided the Dutch Safety Board with all available primary radar data tracing Flight MH17 as early as August 2014, which was right after the tragedy. We did not impose any conditions or restrictions regarding further use and disclosure of radar data, records of phone conversations and other data we submitted to the Dutch Safety Board (DSB) at its request. Moreover, Russia has stored all that data to this day, and is willing to provide it once again to the relevant authorities.

For the sake of clarity, I must specify that Russia submitted primary radar data to the DSB in the form of a video recording capturing a Russian air traffic controller's display. It should be explained that Russian air traffic authorities store primary radar data exclusively in the form of videos, which is consistent with ICAO standards. That said, the Dutch Safety Board's final report does not suggest that this fact might have somehow affected the findings of the technical inquiry into the circumstances and the cause of the crash.

We would also like to point out that the tragedy took place outside Russian airspace, where the airliner was not being directed by Russian air traffic controllers. Russia's radar data became a point of interest due to the fact that Russian radar control facilities located near Rostov-on-Don were able to track MH17's flight path. Furthermore, it was later established that the Russian primary radar data were, in fact, the only ones available, since Ukrainian air traffic control services, for some unclear reasons, had not been running primary radar surveillance, despite the fact that there were no other means available for ensuring air safety over the war zone in Eastern Ukraine.

As far as satellite imagery is concerned, I would like to stress that Russia disclosed all of its available satellite data in the days immediately following the crash. Those data confirm, among other things, that there was movement and increased activity by Ukrainian Buk surface-to-air missile systems observed within the conflict area in Eastern Ukraine one day ahead of the tragedy. Russia shared that information with the Dutch Safety Board, but once its final report was released, it turned out the DSB had chosen not to consider Russian satellite data or even include them in the report.

Russia is as determined as you are to ensure that this horrible tragedy is investigated as promptly, diligently and impartially as possible. We fully support your recent queries to the governments of the United States and Ukraine, demanding that they provide the investigators with all relevant data. The United States must disclose the satellite images that Secretary Kerry claims it has kept since the moment of the crash, which are supposedly capable of shedding light on the circumstances of the tragedy. The Ukrainian government, for its part, must disclose its primary radar data, or present credible evidence of their non-existence.

Meanwhile, Russia has consistently contributed its best efforts and committed all kinds of resources to finding out the truth about the crash. In order to provide efficient and reliable expert counsel for the investigation, we decided to engage Almaz-Antey, the Russian defense company that designed the Buk missile systems. The company administered a series of highly sophisticated and accurate studies, and conducted two full-scale experiments. In an unprecedented move, Almaz-Antey also disclosed the technical characteristics for the missiles carried by the Buk and the Buk-M1 missile systems. All of the estimates and other data obtained in the course of the studies and the experiments were submitted to the Dutch Safety Board. Russia repeatedly invited Dutch investigators to take part in those efforts, but the DSB, just as the Joint Investigation Team (JIT), have shown no interest in such collaboration. We believe the data in question to be much more useful for investigating the crash than radar data and satellite imagery. Yet the authorities in charge of the technical investigation have chosen to discard that data, too.

As far as the quality of the technical inquiry is concerned, I must point out that, in a totally inexplicable fashion, its final report leaves the most important question unanswered: How far is Ukraine responsible for failing to close its airspace? The report is extremely vague regarding the responsibility of the government in Kiev.

In view of the recurrent critique of Russia in relation to the tragedy of Flight MH17, we are forced to remind the world that, unlike the DSB and the JIT, Russia has never protracted the investigations it administered, or those in which it participated in as a full-fledged member. Russia performed all its work in a transparent manner, regularly publishing the results of our examinations and all the other steps we took. This was the case with the investigations into the crash of the Russian Airbus A321 over Egypt, where numerous provocative claims were made about the cause of the crash, but Russia did not endorse any of the theories until evidence was obtained with traces of foreign explosives found on the debris, confirming that this was a terrorist attack. And when this evidence was found, we immediately informed the international community and our partners in the investigation. This was also the case with the investigation into the crash of the Russian military Sukhoi Su-24 aircraft over Syria. Russia investigated the accident with unprecedented transparency, inviting a number of international experts and journalists to witness the opening of the flight recorders. Many foreign specialists (British, for example) expressed their admiration for both the high quality of the investigation and its transparency.

All this demonstrates that Russia has always been consistent with its conclusions and never makes accusations before the investigation is over and final accurate results are obtained.

At the same time, Russia has repeatedly pointed out that the Dutch technical investigation was performed in an extremely nontransparent and biased manner. We support you in your efforts to get answers to the numerous questions that remain unanswered. The Dutch Safety Board should explain to you and to the whole world why the technical investigation took such a long time and why it resulted in some very abstract and vague statements. The Dutch authorities should explain why they distorted facts and concealed data, and why they ignored important data provided by Russia. The DSB should explain why its final report distorted data about missile fragments and places where they were found, why it failed to thoroughly examine penetration holes on the aircraft, why it mismanaged the aircraft debris, why it misrepresented the probable location from which the missile was launched, and many other discrepancies in the final report.

This is why Russia encourages the families and friends of the victims to demand answers to all these questions, as well as maximum transparency, objectivity, thoroughness and promptness, from the Dutch authorities and their partners in the investigation.

In conclusion, I reaffirm that Russia is more than willing to assist in any way we can with a thorough and swift investigation into this terrible tragedy.

Once again, I would like to express my deepest condolences.

Boeing 777 of Malaysia Airlines crashed in the Donetsk region of Ukraine on July 17, 2014. All 298 people aboard the aircraft were killed.

According to the results of the investigation, the plane crashed as a result of external impact. Most likely, the plane was hit with a missile, but the exact cause of the crash has not been established.