On October 13, experts at Russia's defense concern Almaz-Antey presented the results of two field experiments that had been conducted to establish the causes of the crash of the Malaysian Boeing near Donetsk. According to the Russian experts, the passenger airliner was shot down from a territory controlled by the Ukrainian military. Thus, the results of the investigation of the Russian defense group partially coincided with the conclusions of the investigative group from the Netherlands. 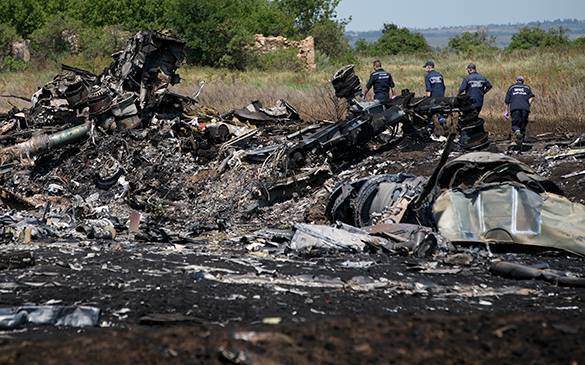 According to Dutch experts, the aircraft was shot down by surface-to-air missile. Pravda.Ru asked  specialist of the Center for Analysis of Strategies and Technologies, Maxim Shepovalenko, to comment on the situation.

According to the expert, Russia and the Netherlands presented two different versions of the tragedy.

"Neither the Dutch party will accept our point of view, nor we will accept their position. The investigation in the Netherlands is not objective, because the authoritative evidence of the Russian side was not taken into account. This is one of the cornerstones because of which we will never agree with their conclusions. They had an opportunity to attract our experts, but they did not do it deliberately," said Shepovalenko.

Commenting on the fact that, according to Almaz-Antey experts, the Malaysian plane was shot down from the Kiev-controlled territory by the missile that had been removed from production in 1986 and had expired by the year 2000, the expert noted that such an option was believable.

"There is indisputable evidence that the destructive elements of the missile had no relation to the missiles that the Russian Armed Force use now. Russian arms are very much different from the Ukrainian arms, because Russia had disposed of outdated munitions and missiles," the expert said.