Almaz-Antey, Russia's producer of air defense weapons, held a press conference in Moscow today. The press conference of the company was devoted to the results of its own investigation into the causes of the MH-17 crash near Donetsk. 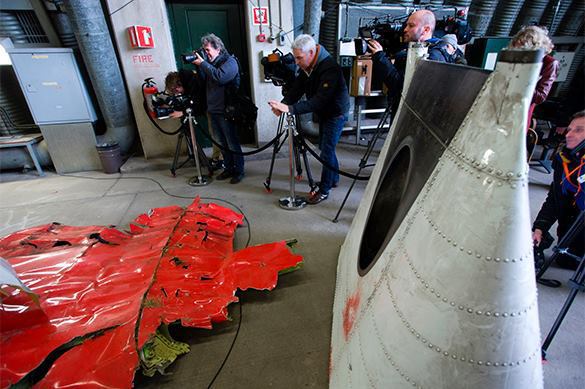 Earlier, representatives of Almaz-Antey confirmed that Boeing-777 was downed from a Kiev-controlled territory, Pravda.Ru reports.

According to Almaz-Antey specialists, the missile that destroyed the passenger jetliner exploded at a distance of more than 20 meters from the left engine of the Malaysia Airlines aircraft. Thus, the Russian company has cast doubts on the results of the Dutch investigation.

"If the rocket that struck MH-17 had been flying in a head-on course, as the Dutch say, it would have hit the right side of the aircraft. The explosion occurred on the left side," RIA Novosti quoted the experts as saying, Pravda.Ru reports.

In addition, representatives of Almaz-Antey wondered why the Netherlands described only two types of destructive elements that hit the plane, even though there were three of them.

The experts of Almaz-Antey strongly disagree with the Dutch version of the investigation, according to which the Boeing-777 was shot down from the area of the militia-controlled village of Snezhnoye. According to the Russian specialists, it would have struck the right side of the aircraft in that case.