It is an open secret that the Islamic State terrorist organization receives financial support from several countries of the world. What actions should Russia take after Bashar al-Assad and his allies defeat the militants? Pravda.Ru conducted an interview on the subject with chief editor of National Defense Magazine, Igor Korotchenko. 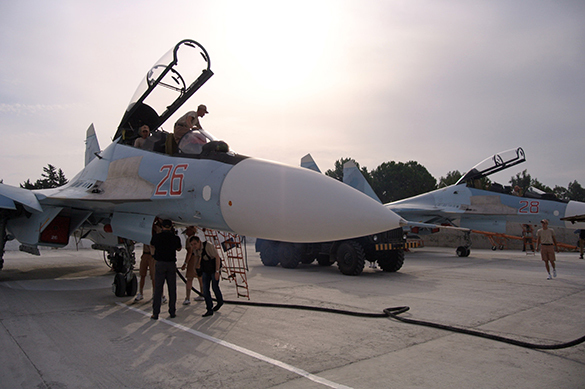 "Unfortunately, international terrorism damaged the Russian-Egyptian relations. That was saddening indeed as Egypt has traditionally been a Russian ally, a large economic partner."

"It's very sad, but Russia could not ignore the low level of security at Egyptian airports, where one could easily take a bomb aboard and place it in the cabin of the passenger jetliner to blow up the airplane in the air. The relations in the field of tourism with Egypt can be restored only if the safety of air transportation is ensured completely. When Egypt sets strict standards of aviation safety, when appropriate international organizations recognize them as such, Russia will restore the ties in the tourist industry fully. Of course, our tourists should feel safe at places of their stay too."

"Now, however, is the time when one can hardly feel safe anywhere."

"In Russia, yes, but what about Europe? It appears that people will need to stay in their homes to be safe."

"There was a great deal of official warnings made about possible terrorist attacks in Europe during Christmas holidays. Here in Russia, the situation is a lot better. The core of the Russian terrorism should be destroyed in the Middle East, where it originally appears. Therefore, President Putin made an absolutely logical and correct decision to start the operation in Syria. It came right on time.

"You know, what struck me during a trip to Syria? I could see how our reconnaissance drones operate in the areas occupied by ISIL militants. They have concrete hideouts in the mountains, concrete portals. I do not know who built all that, as such things can be built by construction companies."

"Could it be Turkish builders?"

"Quite possibly. Yet, I would like to point out a completely new quality of warfare conducted by both Russian aviation and Syrian government forces. Drones keep all targets under control. We can see where militants come from and where they go, how they deliver fuel and ammo to their strongholds. Drones then fly to bomb them by dropping anti-concrete bombs. Even US military men, whom I had a chance to talk to, admit that they can only admire the way the Russians fight."

"Don't they have their own bombs or drones?"

"They have everything. The question is why they fight so badly. Firstly, they have a very poor quality of intelligence information. They can bomb a Red Cross hospital in Afghanistan being absolutely sure that they are bombing a terrorist facility.

"Secondly, they have financial inefficiency. The USA assigned half a billion dollars for the Syrian opposition coalition. As a result, they trained 60 fighters, whom they then brought to Syria, before those people disappeared. Only four of five people stayed. When Obama was asked about that money, he only said that on one could pre-calculate everything properly.

"The Americans have been trying to be as much cautious as possible with ISIL, because they see the terrorist organization as an ally to topple Bashar Assad. The United States wanted the Islamic State to take Damascus. The Americans wanted to do away with Bashar Assad, just like they did in Libya to Gaddafi - kill him without trial.

"Russia's actions in Syria are much more efficient, because Russia is providing air support to all who fight against ISIL. There are many sides in this fight: government troops, Hezbollah, a group of Iranian special forces of the Revolutionary Guards and finally, the Free Syrian Army, or the moderate opposition, as we call it.

"The question of a future political settlement remains open. A conflict of interests is likely to happen, of course. Saudi Arabia, Qatar, Turkey, the USA - all these countries will not leave Syria alone. There will be a lot of players and everyone is going to pull the blanket over themselves. Russia must be very careful.

The Saudis, for example, in return for non-delivery of S300 to Iran, promised to purchase Russian weapons for up to $13 billion, but they never bought anything.  Now we can hear promises of huge investment from Saudi Arabia, but nothing is coming. Qatar acts similarly. I hope that Russia will not swap its political victory in Syria for shallow talks and business projects."