For Egypt, A-321 crash is not a terrorist attack

Egypt has completed the preliminary report about the crash of the Russian Airbus A321 airliner over the Sinai Peninsula. Egyptian experts have found no evidence of terrorist activity, Interfax reports citing the Ministry of Civil Aviation of Egypt. 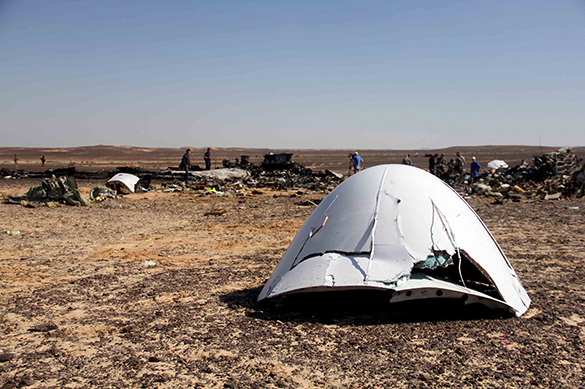 According to the Rossiyskaya Gazeta newspaper, Putin's official spokesman Dmitry Peskov did not comment on this information. He only referred to the fact that Russian investigators concluded that the aircraft with 224 Russian citizens aboard crashed as a result of a terrorist act.

In addition, it was said that the international commission for the investigation of the crash of the Russian airplane was studying information about the pilots, the technical condition of the aircraft and its latest routes.

Noteworthy, relatives of the crash victims filed a complaint against the chairman of the Investigative Committee of the Russian Federation, Alexander Bastrykin, due to the fact that the department does not recognize them as victims.

The largest catastrophe in the history of Russian and Soviet aviation took place on October 31, 2015, when Airbus A321 of Kogalymavia crashed on the Sinai Peninsula. There were 217 passengers, all of them tourists, and seven crew members aboard. The crash left no survivors.