Russia started developing a new anti-aircraft artillery system that is said to replace well-known "Shilka" and "Tunguska" systems. The new anti-aircraft artillery system is to have the caliber of 57 millimeters. However, the dates and the name for the new weapon have not been exposed. Pravda.Ru decided to find out what caused the creation of the new weapon. 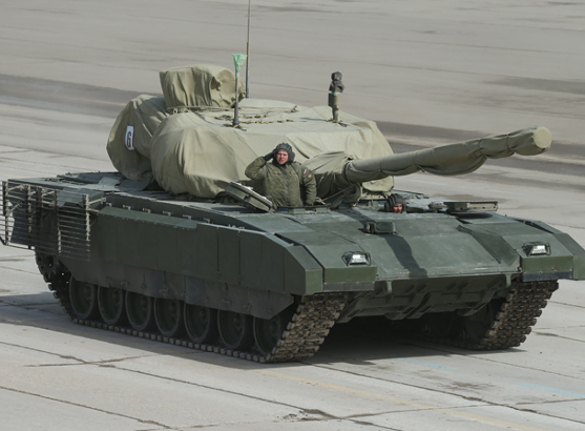 Serial production of anti-aircraft guns on mobile chassis started during the First World War. As a rule, they were trucks that would carry common field 75-mm guns to shoot down airplanes.

The British then built a special anti-aircraft armored vehicle, in the body which a 37-mm automatic Maxim pom-pom gun was installed. It was a gun of fast firing rate with a water-cooled barrel, although the range of its shells was only two kilometers.

In 1955, the USSR passed into service a 57-mm ZSU-57-2 with the firing rate of 100-120 rounds per minute. The weapon could continuously fire only 40-50 shells as the barrels had to be cooled afterwards. The machine was unable to operate on the move.

In 1964, the ZSU-57-2 was replaced with Shilka systems (named for an inflow of the Amur River). Armed with automatic quad 23-mm gun, Shilka could fire 3,400 rounds per minute. The system had manual, semi-automatic and automatic targeting modes. The weapon had a radar to be able to destroy airborne targets at a distance of up to 2,500 meters at altitudes up to 1,500 meters and a flight speed of 450 meters per second. Shilka could be operable on the move and was comparable to the USA's Volcano air defense gun.

Afterwards, Soviet engineers developed a new air defense system known as Tunguska. It was a more powerful system armed with two double-barrel 30-mm automatic rapid-fire guns. Tunguska's firing rate reached 5,000 rds. To crown it all, the system was armed with eight missiles. There is no analogue to Russia's Tunguska in other countries.

A modern, state-of-the-art ground-based mobile anti-aircraft and anti-missile unit must be a long-range and high-velocity weapon. To destroy an aircraft with one single strike, a shell is supposed to contain quite a lot of explosive that can hardly be stuffed into a 23-30 mm shell.

Do we need to proceed to larger calibers? Noteworthy, Australian designer Mike O'Dwyer invented a superpowerful container gun of the fantastic rate of one million rounds per minute. However, no country in the world has ever passed the gun into service because it is too hard to recharge the weapon. The barrels of the system were too short.

The idea of ​​a mobile laser is not good either. Smoke, dust, fog, shiny surface of an aircraft or an UAVs makes laser beams useless. A powerful laser attack requires a lot of energy. This energy will be needed to cool down the system after the attack too.

A 57-mm system with water-cooled barrels would be much more efficient, especially if the system would be armed with 12 missiles.

Russian military engineers have excellent developments in this field. Clearly, a larger caliber and more missiles will make the new machine heavier. This does not seem to be a big problem to deal with as Russia has Armata tank chassis to solve this problem.