Turkey and Ukraine work on Plan B against Russia

On Sunday, saboteurs exploded power lines in the south of Ukraine. Yesterday (Nov. 25), Turkey shot down a Russian Su-24 bomber in Syria. It appears that the West is trying to make the Kremlin backpedal on its geopolitical ambition. Kiev and Ankara were told to create problems for Putin so that he doesn't know where to fight. 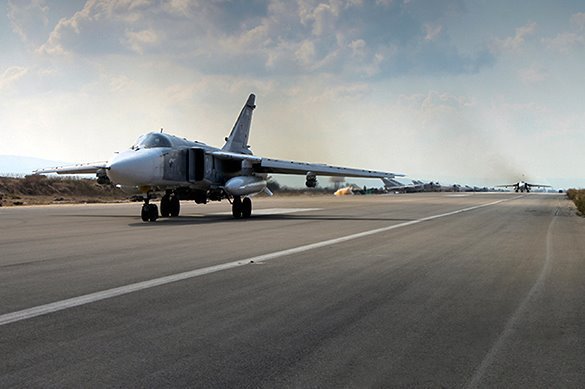 The things that have happened recently do not happen by chance. The video of the downing of the Russian plane appeared immediately. It appears that the person who made the video was prepared and was waiting for the plane to be shot down. Soon after the incident, Ankara stated that it was requesting consultations from NATO and the UN. Prior to that, media reports appeared about the Russian Air Force group bombing a Turkmen village on the border with Syria.

In another episode, the Kiev administration took a suicidal step to deprive the Crimean Peninsula of electric power. Ukrainian Prime Minister Yatsenyuk suddenly realized that the agreement for the supply of electric power to the Crimea was signed by criminal figures as the text of the document mentions the federal region of the Crimea, and not a Ukrainian autonomous territory. Strangely enough, the agreement was signed when Yatsenyuk was already in the office.

President of Ukraine Petro Poroshenko raised the issue about the termination of freight traffic to the Crimea. Noteworthy, Ukraine was making up to one billion dollars a year merely on price difference. This is not that bad for a country, the economy of which has fallen to the pre-default level.

Russia is not ready for Ukraine's decisive actions, because Russia is too busy with Syria now, Kulik added.

"Russia will not go for a conflict with the European Union, so one should not expect the military situation in the Donbass to aggravate," another political scientist from Ukraine, Vladimir Fesenko said.

One can see the Ukrainian rhetoric changing. Ukrainian policy-makers were predicting Russia's tank attack on the city of Mariupol. They are not saying such things anymore, because Washington has enacted Plan B.

The West is watching what Putin will do

Ukro-patriots say that they are prepared for Russia's responsive actions. Ukrainian energy companies will not receive coal and anthracite from Russia, Russia will restrict natural gas supplies to Ukraine - the country is ready for all of that, Ukrainian patriots say. Yet, Ukraine has triggered a serious crisis in the Crimea: no electricity for 2.5 million people is a humanitarian disaster.

The West is watching Putin very closely now. The West is waiting for the Russian leader to do something. The trick is simple: put as much pressure on Russia as possible from all sides. Washington will then put some pressure on Germany, as Angela Merkel will be more agreeable to sign the Transatlantic Partnership Pact that was developed for US-based companies, including those that produce liquified gas.

What will Putin do now? Poroshenko is digging a grave for Ukraine. Ukraine will have to learn from its own mistakes. Gazprom's chief Aleksey Miller said that the payment that had been made for gas supplies on the Ukrainian pipe would be enough only for three days. Most likely, Russia gave Kiev three days to repair the demolished power lines to resume the supplies of electricity to the Crimea.

As for Turkey, Russia has a full right to demand Turkey should investigate the incident with the downing of the Russian plane, Vladimir Yevseyev, the Director of the Center for Political Research told Pravda.Ru. In addition, Russia may start patrolling the Syrian-Turkish border with the help of interceptor aircraft to prevent such incidents in the future.

Russia may expand the zone of antiaircraft defense in Syria to intercept Turkish fighter jets that periodically invade Syrian airspace, the expert added.

Plan A was about putting diplomatic pressure on Russia to make Putin stop supporting Bashar Assad. The plan didn't work. Plan B has the same goal: Putin will not be able to fight on two fronts at once. Russia must do its best not to let the West implement Plan C.