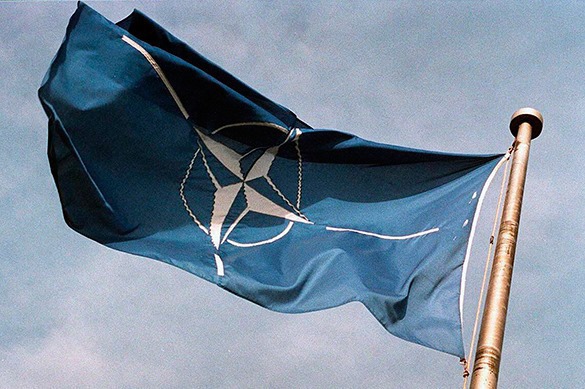 Make no mistake. Downing Russia's aircraft was provocative Turkish aggression - a clear act of war against a nonthreatening nation.

It's inconceivable President Erdogan acted alone, unilaterally deciding to attack the Russian plane - then lying about it entering Turkish airspace, warning "10 times" (an absurdity on its face) before downing it with one or more air-to-air missiles.

Following the incident, he outrageously said he acted in accordance with Turkey's rules of engagement. "Nobody should doubt that we made our best efforts to avoid this latest incident," adding he harbors no "enmity" toward Russia. Naked aggression speaks for itself.

"I have previously expressed my concerns about the implications of the military actions of the Russian Federation close to NATO's borders."

Fact: He ignored their legitimacy in combating the scourge of terrorism - approved by the UN Security Council in urging all UN members take "all necessary measures" in fighting ISIS, explaining:

"The Islamic State in Iraq and the Levant constitutes a global and unprecedented threat to international peace and security."

Stoltenberg: "As we have repeatedly made clear, we stand in solidarity with Turkey and support the territorial integrity of our NATO Ally, Turkey."

Speaking for Washington, his statement explicitly endorsed Erdogan's act of war on Russia - instead of condemning it unequivocally.

Longtime imperial tool UN Secretary-General Ban Ki-moon effectively endorsed what happened by failing to condemn it outright. His spokesman Stephane Dujarric said he urged all parties to de-escalate tensions, adding he hopes "a credible and thorough review of the incident will clarify the events and help to prevent future recurrences."

Fact: It's crystal clear what happened. No ambiguity exists. One or more Turkish warplanes downed Russia's aircraft in Syrian airspace - a double crime: aggression against Russia and violating Syrian airspace either by entering it or firing one or more missiles into its territory.

Meeting with French President Francois Hollande in Washington, Obama revealed his dirty hands, saying "Turkey, like every other country, has a right to defend itself." He called Erdogan, expressing support for what demands clear condemnation - at the same time, accusing Russia of attacking nonexistent "moderate" rebels in Syria and propping up Assad.

"If Russia (directed) its energies towards Daesh and ISIL, some of those conflicts or potentials for mistakes or escalation are less likely to occur," he blustered.

His double-standard hypocrisy is breathtaking - waging naked aggression against one country after another, supporting ISIS and other terrorist groups, outrageously criticizing Putin's righteous mission, real war on terrorism.

Fact: In contrast to US-led NATO's support for Daesh, Russia is effectively combatting it, routing US foot soldiers in Syria since September 30, changing the dynamic dramatically on the ground - challenging America's regional hegemonic objectives.

Instead of condemning Turkish aggression, British Foreign Secretary expressed support for Ankara as an "important (UK) ally. It holds the key to a number of important questions both in relation to the battle against ISIL but also in relation to the migration challenge that Europe faces, and it will remain a very important partner for this country and for the European Union," he claimed.

In response to Erdogan's aggression, Putin suspended military and maybe economic cooperation with Ankara. Russia's General Staff said a Moskva guided missile cruiser off Syria's coast was ordered to destroy any target posing a danger to Russian operations in Syria.

General Staff official Sergey Rudskoy said a Turkish warplane attacked Russia's aircraft after illegally entering Syrian airspace. Its pilot "made no attempts to communicate or establish visual contact with our crew that our equipment would have registered."

"The Su-24 was hit by a missile over Syrian territory," not cross-border as Ankara claimed. Henceforth "(e)very target posing a potential threat will be destroyed."

Russian Prime Minister Dmitry Medvedev blasted Erdogan, saying "Turkey's actions are de facto protection (for the) Islamic State. This is no surprise, considering the information we have about direct financial interest of some Turkish officials relating to the supply of oil products refined by plants controlled by ISIS."

"The reckless and criminal actions of the Turkish authorities...have caused a dangerous escalation of relations between Russia and NATO, which cannot be justified by any interest, including protection of state borders."

Putin, Medvedev and other Russian officials know Turkey is complicit with Washington in recruiting, arming, funding, training and directing ISIS elements along with other terrorists on its territory, aiding their free movement cross-border into Syria and Iraq and back.

Moscow may cancel joint economic projects with Turkey, including a pipeline, letting it become a major transit country for Russian gas and construction of its first nuclear power plant. Russia's ambassador to France, Aleksandr Orlov, said Syrian forces rescued one of its two downed pilots. "One on board was wounded when he parachuted down and killed in a savage way on the ground by jihadists in the area," he explained.

"The other managed to escape. According to the latest information, he has been picked up by the Syrian Army and should be going back to the Russian Air Force base."

Erdogan's reckless act, with virtually certain US support, destroys chances for East-West cooperation against terrorism - at the same time, upping the stakes for direct confrontation. The Doomsday Clock inched closer to midnight.