Russia to stop air communication and tourist relations with Turkey

Russian senators suggested putting Turkey on the list of the countries, with which Russia suspends air traffic. 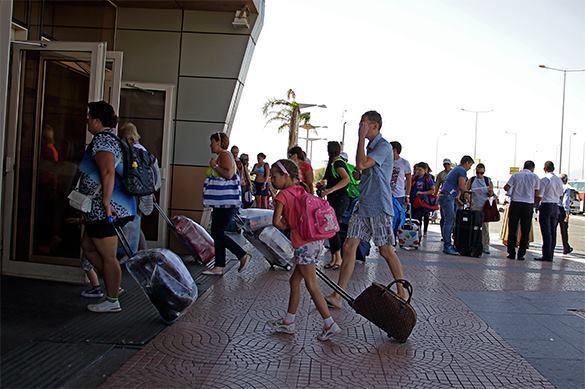 According to Igor Morozov, a member of the Federation Council Committee for International Affairs,  it is not safe for Russian tourists to stay in the country that shoots down Russian planes."

"Air communication with Turkey must be suspended until the relations with Turkey are normalized," the official said, Pravda.Ru reports with reference to RIA Novosti.

Turkey has initiated a meeting of ambassadors of NATO countries in connection with the crash of the Russian Su-24 aircraft in Syria.

The Turkish Prime Minister, commenting on the actions of the Turkish Air Force, stated that Turkey would act so with anyone, who violate its borders.

In connection with a serious aggravation of relations between Turkey and Russia, most of Russian people already refuse to visit the country.

President of one of Russia's largest travel companies, Natalie Tours, Vladimir Vorobyov, said that his company decided to suspend the sale of tours to Turkish resort destinations.

Russian Foreign Minister Sergei Lavrov has recommended Russians to avoid traveling to Turkey. According to Lavrov, a threat of terrorism has been rising in the country. The terrorist threat in Turkey, Lavrov added, is just as serious as it is in Egypt, where Russian airlines stopped flying on November 6, following the terrorist act on board the Airbus A321 passenger jetliner that killed all 224 on board on October 31.

"The critical mass of manifestations of terrorism has been accumulating on the Turkish territory. According to our estimates, the terrorist threat in Turkey is just as big as it is in Egypt. In this regard, we do not recommend our citizens to visit the Turkish Republic for tourist or any other purposes at this stage," Russian FM Lavrov said.

Noteworthy, Turkey traditionally remains the most popular outbound destination for Russian tourists in the summer season (April-October). For Turkey, Russia comes second after Germany in terms of inbound tourism.