Where will Russia go after Syria?

The attacks of the Russian aviation on ISIL terrorists in Syria have become the starting point for countless predictions regarding "Putin's plan in the Middle East." The forecasts predictably come from ardent "fighters for freedom" in Russia. 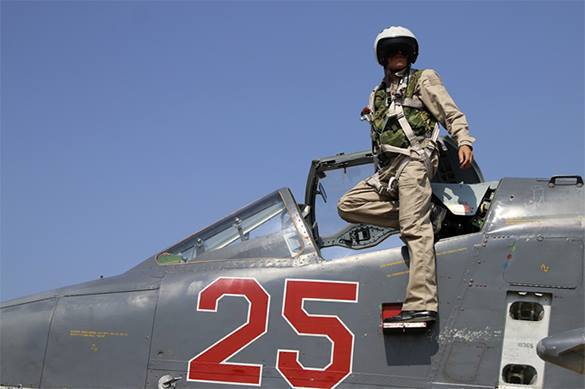 The most "emphatic" analysis of what is happening in Syria came from former chess player Garry Kasparov. In a recent interview with Fox News, Mr. Kasparov traditionally unveiled many secrets of the Kremlin administration. Do his predictions match the reality? This is a rhetoric question indeed.

According to Mr. Kasparov, the operation of the Russian Air Force in Syria is being conducted to create more chaos and stain the reputation of the United States of America. In addition, the increasing quantity of refugees to Europe because of "Putin's attacks" will also play into the hands of the Russian president, Kasparov said. According to him, the growing number of refugees will trigger the growth in popularity of right-wing parties.

"They, in turn, are Vladimir Putin's allies, and he hopes that his allies in Europe will help him get rid of the sanctions at the time when the EU considers the extension of sanctions against Russia in March 2016," Kasparov, a citizen of Croatia, imagines.

Kasparov did not stop at frightening Fox News reporters even more. According to the former chess player, "Putin will come back to Ukraine."

Moreover, Kasparov would not be surprised, if Russia dared to violate NATO borders in Estonia and Latvia. However, the price on oil would have to drop to 20 dollars per barrel for that, he added.

Yet, the most probable target in Putin's plan is no other country but Libya. Particularly, it goes about the city of Benghazi. "Look at that Putin prefers - oil, deep-water ports, chaos, instability," this is another quote from fortune-teller Kasparov.

The Financial Times has not fallen to this level of delusion yet. The British publication paid attention to the aspect that is currently discussed in the US and Europe. According to the newspaper, the attacks of the Russian aviation on the positions of ISIL terrorists may trigger a wave of unrest among Russian Muslims. The vast majority of Russian Muslims are Sunnis, the newspaper said, but Russia supports Alawites and Shiites in Syria.

"I do not really understand what Muslims Western publications are talking about. In my view, most Muslims in Russia share restrained attitude to this, because this is a political question," Vyacheslav Polosin, Doctor of Philosophical Sciences, said in an interview with Pravda.Ru.

"As for the standoff between the Sunnis and the Shiites, this is an absolute ideological lie. The Russian government is a secular government that never interferes with religious affairs. Russia's foreign policy is in no way based on religious issues. The question in Syria is purely political, this is not a religious issue at all," the expert said.

Also read: Russia's swift actions in Syria put the West into a stupor

Russia to preserve statehood in Syria before helping Iraq

20:50
Horoscope for May 28, 2022: Too many surprises for everyone
19:20
Nuclear war scenario may materialise should Washington supply MLRS to Ukraine
18:49
Bloomberg: Germany's actions against Russia put Austria at risk
18:21
American laboratories found in Nigeria where monkeypox began to spread
17:34
Truss says what'll happen to the West if Russia wins the Ukrainian conflict
16:47
Newsweek explains why Russia is preparing Kalibr missiles after US statements
16:23
Expert says Zelensky might face a military coup in the coming weeks
15:57
Video: Foreign mercenaries fire grenade launcher at Russian BTR in Ukraine
15:48
Zaporozhye official says Kyiv is preparing the surrender of the region
15:13
Ukraine's army bases in Zaporizhzhia to be delivered to Russia
World
Russian tank blown up by a mine turns out to be a bait for Ukraine in Donbass