Russia to preserve statehood in Syria before helping Iraq

After the start of the Russian-led anti-terrorist operation in Syria, no one will dare either to create a no-fly zone there or declare war on Bashar Assad, Alexander Krylov, an expert at the Institute of World Economy and International Relations told Pravda.Ru. 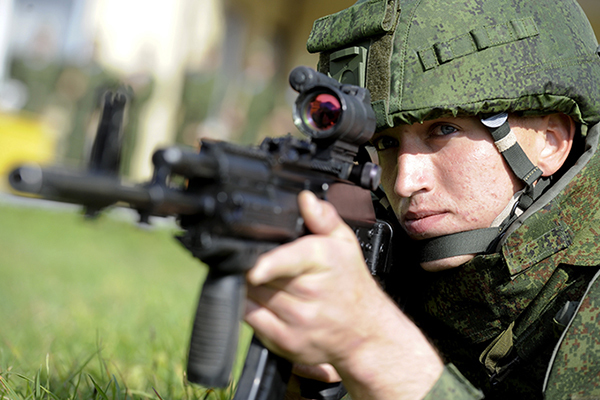 The realization of that causes a wave of discontent in the West, but it was the competent actions of Russian diplomats and the military who took the initiative in the region in their hands, the expert said. In his opinion, the ground operation in Syria will be successful, because the Russian Air Force bombs the  positions of real, rather than imaginary terrorists.

Also read: Russia is taking the Middle East from the United States

The Syrian government army will receive assistance from the Iranian and Kurdish armies. Alexander Krylov said that the current policy of the United States in the Middle East was formed in 2003, after the triumph in Iraq. The US set the goal to remove all independent regimes and install puppet governments that would conduct US-loyal policies.The Americans started from Syria, an ally of Iran.

According to the expert, the ultimate goal of Washington's strategy was China. "Only one country was absent in the plan - Russia. Russia was weak at that time. Yet, Russia remained on the world stage and has now become one of the biggest players in the regulation of the crisis in the Middle East," said Alexander Krylov.

Russia may preserve statehood in Syria and then help Iraq in the struggle against Islamists as well. This may not be a matter of real future, though, the expert told Pravda.Ru.

Islamists may eventually drop their guns and flee, and the Islamic State will collapse. Everything will depend on the effectiveness of the Russian strikes, as well as on the position of the United States - whether the Americans accept the idea that there is someone else who bombs "their" Islamists. If not, then Washington will be financing and arming terrorists with antiaircraft weapons. In this case, the situation will become a lot more complicated, but it will be a logical consequence of the fact that the Americans are losing their influence and power in the world.

Also read: USA needs another Hitler to strugle against Russia

The United States must return to real politics, and Europe will help America at this point. Europe has suffered a lot from the conflict in Syria due to the influx of refugees. Europe has lost stability, new negative trends of development have emerged. Russia is on the rise at this point, the expert noted.

"The most important thing for us now is to ensure our internal problems are solved. The Americans understand that Syria is highly important for them, but they have not forgotten about Ukraine. They will stake on the military scenario for Ukraine," Alexander Krylov said.