The conference Another Russia opened at Renaissance-Moscow Hotel in Russia's capital today. Youth organizations Young Guard and Nashi (Ours) greeted the conference members with pickets. 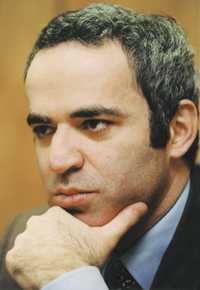 According to a Pravda.Ru correspondent, about 50 members of Young Guard put Indian costumes on to express their protest against the Western origin of financial support for the conference. The protesters put Indians’ costumes on to say that Russia's population will be pushed into reservations just like the USA’s native population in the event the organizers of the conference make their way to power. The Young Guard and Nashi movements believe that Russia may turn into a Western colony if this happens.

In addition, the young people protest against the extremist and nationalist movements who also take part in Another Russia conference. The list of members particularly includes Red Young Vanguard and National Bolshevik Party (NBP). The leader of Labour Russia movement, Viktor Anpilov, came out to protesters and started teaching them, using foul language, how to organize meetings.

Another Russia conference organized by United Civil Front chaired by Garry Kasparov has stirred up quite a number of political scandals in Russia. The country’s largest rightist parties – Yabloko and Union of Rightist Forces – refused to participate in the event. The parties do not think it would be appropriate for them to join communists and extremists in a conference.

In addition to scandalous Russian movements, the conference attracted attention of foreign political figures too. The list of guests includes assistant secretary of state for European and Eurasian affairs Daniel Fried, member of the Foreign Policy Council Richard Holbrook, British Ambassador Anthony Brenton and Canadian Ambassador Christopher Westdal. It just so happens that Western politicians are attending the conference which propagandizes the ideas of intolerance, interethnic hostility, as well as the ideas of Stalin and Beria. It seems that US officials are ready for anything to support one of their biggest friends – chess player Garry Kasparov.

Kasparov fell in love with everything labeled “Made is the U.S.A” in his childhood. He used to read every single issue of America magazine from cover to cover. The articles in that magazine were glorifying US symphonic orchestras, theatres and film studios. Magazine journalists were highly enthusiastic in their descriptions of wonderful life in the USA. In general, the magazine was writing that life could be comfortable only if this life was based on the US political system, which therefore needed to be spread worldwide.

When Kasparov became the world’s champion in chess, he did not conceal his love to the USA. His tours in the USA were funded generously, which made many people think that the Russian chess player would leave across the Atlantic Ocean in the end. However, many interviewers were telling Kasparov to stay in Russia and make the country become a US ally.

In 1991, Kasparov became a member of the Advisory Council for National Security. The semi-secret organization was established to create “colonies” on the post-Soviet space, China and the Muslim world to promote pro-American governments and put national economies under the USA’s supervision.

“It was long ago when the CIA established a network of non-commercial and non-governmental organizations. In addition, it funds over400 scientific organizations too,” Vice President of the Russian Academy of Geopolitical Sciences, Leonid Ivashov said. “I know many our politicians and scientists of politics who would at first express Russia's state interests but then immediately change their points of view as soon as they start receiving money from Western funds, Carnegie or Soros funds, for example. Instead, they would start propagandizing the US system, NATO, etc. In fact, they started lobbying American interests with a view to conquer Russian oil and gas resources.

When you listen to Garry Kasparov you realize that this is a man who has no fatherland. This is a person who wants to discredit the Russian society and culture. He does not feel shy about being a public anti-Russian provocateur. Needless to say that he will never acknowledge that he is a CIA agent.

State Duma deputy and scientist of politics, Natalia Narochnitskaya, told Pravda.Ru: “Kasparov’s behaviour is revolting. It is not about the opposition, it is about the promotion of US interests in Russia. The CIA has gone into the background as a public structure during the recent decade. However, the anti-Russian activities are being carried out through various foundations, institutes and councils under the guise of human rights protection.”

Kasparov did not appear as an independent political figure in Russia at once. He did not need to hurry: it was Foreign Affairs Minister of Russia Andrei Kozyrev, and oligarchs from Boris Yeltsin's team (Gusinsky, Berezovsky and Khodorkovsky), who defended USA’s interests in the beginning of the 1990s.

The US administration needed Kasparov when Putin managed to get rid of one of the central proteges of Yeltsin’s team, Mikhail Kasyanov. The former prime minister of Russia was closely connected with Khodorkovsky and other pro-American oligarchs.

In 2005 Kasparov finally established the United Civil Front. The new organization did its best to speculate on various tragedies (terrorist act in Beslan, the tragedy with Andrei Sychev, a young Russian soldier who lost his both legs after a brutal hazing incident) and prepare a revolution in Russia.

“The fact that the conference Another Russia is chaired by Kasparov shows that this event is not serious,” a well-known Russian scientist of politics Sergei Markov told Pravda.Ru. “He is a genius and a madman for me at one and the same time. Of course he is a genius in the game of chess and a madman in the game of politics. He directs his energy against Russia being completely irrational as a politician. He was awarded for his Russophobic ideas in 1991. Kasparov is one of the most devoted supporters of the USA in the world. I do not think that he deliberately cooperates with the CIA. However, it is obvious that US special services use him,” the specialist said.

Kasparov’s activities in Russian regions do not bring him much profit. When he goes to a certain Russian region, people come to see the world-known chess player first and foremost. Moreover, many of his fans were disappointed with his decision to start a career in politics. One of Kasparov’s former fans hit his idol on the head with a chess board last spring in Moscow. “I respected you as an outstanding chess player, but you went in for politics,” the protester said.

“I think that Kasparov is working on the US citizenship and possibly a good house somewhere in the States. He has absolutely no chances to become a prominent politician in Russia,” the chairman of the Democratic Party of Russia, Andrei Bogdanov said.