Putin to speak at UN General Assembly before clashing with Obama

On September 1, Russia has chaired the UN Security Council. During the coming 30 days, Russia will pay first priority attention to such issues as struggle against terrorism and settlement of conflicts in the Middle East and North Africa. 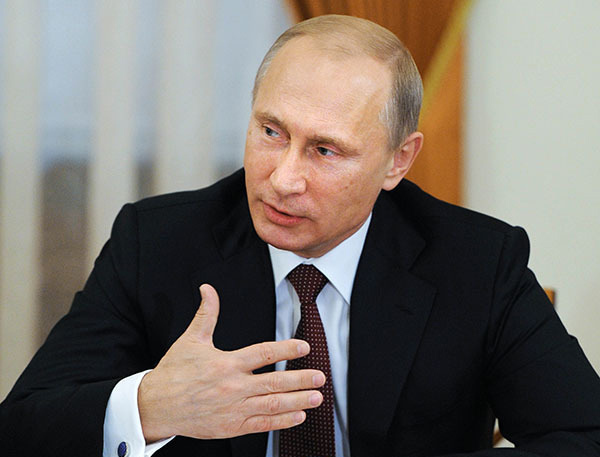 The choice of the UN Security Council chairing state takes place in alphabetical order. Russia's presidency at the Security Council of the United Nations - the body that is responsible for maintaining international peace and security - falls for one of the most active months of the organization.

On September 15, the jubilee 70th session of the UN General Assembly is opening. On September 28, a high-level session will start working to bring together the majority of the heads of states and governments, as well as foreign ministers. To crown it all, at a special summit on 25-27 September, world leaders will adopt the global development agenda after 2015.

"There is a need to conduct a comprehensive analysis of the nature of conflicts in the Middle East and North Africa to determine directions for collaboration on the basis of the UN Charter," said Russia's permanent representative to the UN, Vitaly Churkin.

"On September 30, we plan to hold an open meeting at the ministerial level on the subject  "Maintaining international peace and security: the settlement of conflicts in the Middle East and North Africa and the fight against the terrorist threat in the region," the official added.

Russian President Vladimir Putin will make a speech at the jubilee session of the UN General Assembly in New York. The high-level session with the participation of heads of states, government leaders and foreign ministers will take place from September 28 till October 3, RIA Novosti reports.

Spokespeople for the Kremlin said that the Russian president would touch upon major issues of the international agenda in his speech. In all probability, Putin will hold a number of meetings.

Moscow has received an inquiry for a meeting between US President Barack Obama and Russian President Vladimir Putin. However, it was not the United States that had sent the inquiry to Moscow.

Putin's aide Yuri Ushakov told reporters that Russia was not refusing from any contacts. According to the official, Russia supports dialogue.

Preparations for Vladimir Putin's speech at the UN General Assembly have already begun.

The press has already dubbed the possible meeting between the Russian and the American presidents "the clash of the titans."