Dagestani preacher Abu Khalid Nadir swore an oath to the Islamic State, thereby creating a new threat to stability in the North Caucasus region. How can Russia resist the proliferation of extremist movements? Pravda.Ru discussed the topic with Ahmet Yarlykapov, an expert on the Caucasus, senior officer at the Center for Ethno-Political Studies of the Institute of Ethnology and Anthropology. 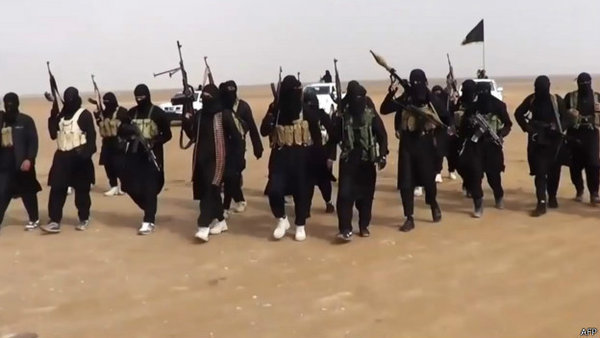 "On May 23rd, a video appeared on YouTube showing Dagestan preacher Nadir Abu Khalid swearing an oath to the Caliphate. Does it mean that the Islamic State is already in Russia?"

"Unfortunately, the Islamic State has been invading Russia. The active penetration started in late 2014, when several warlords of Caucasus Emirate swore an oath to ISIS.

"Caucasus Emirate is the result of the evolution "of the Chechen Republic of Ichkeria", a religious project that was eliminated in 2007 and the creation of the "Islamic State of the Caucasus Emirate" was announced. From the beginning, this association was an amorphous network, but it had real terrorist cells. Now the "Emirate" is turning into a branch of the "Islamic State" in Russia.

"The Russian state has been struggling against this terrorist association successfully. The activities of "Caucasus Emirate" decreased sharply due to the destruction of its leaders."

"Is Dagestan now the center of this "Emirate?"

"It is difficult to say where the center is. Such networking organizations have no center, but there are a lot of cells in Dagestan indeed. They say that they have cells in Chechnya, Ingushetia and throughout the North Caucasus.

"The Islamic State is a new type of challenge that no one expected. The European authorities were not prepared for this challenge at all. Hundreds of European Muslims are being recruited and sent to the territory of the "Caliphate". Recruitment takes place on the Internet.

"Even most notorious Jihadi muftis, supporters of al-Qaeda, were against the Islamic State, calling it "a product of Zionists, Crusaders and Safavids. According to them, it is the United States, Israel and Iran that made the Islamic State appear.

"One should take advantage of it and cooperate with Salafis, paying special attention to their preachers. The fact that preachers take the side of the Islamic State is a very serious and alarming trend."

"Why was Dagestani preacher Nadir Abu Khalid speaking Russian in the video? Why not some other language, but Russian?"

"This is because the prestige of Russian Muslims in the radical Muslim environment has been growing. In general, the propaganda machine of the Islamic State broadcasts in 23 languages, with Arabic and English being the two most important ones. The Russian language is on the list as well. This suggests that Islamic State preachers aim to attract as many Russians and Russian speakers as possible."

"Is the Islamic State a product of the West?"

"There are reasons to believe that the Islamic State was financed by Saudi Arabia, Qatar and the USA. By and large, they have made many mistakes. For example, it was a classic mistake when the US came to Iraq and removed Baathists from power at all levels. The latter could not tolerate that, so they started the Islamic State and created its structure. Today, neither the USA nor Saudi Arabia can show influence on ISIS."

"Can Russia ban Salafism as a radical movement?"

"There is a very subtle and thin line there as Salafism is not one single movement. If we ban Salafism, we will add more fuel to the fire."

Prepared for publication by Yuri Kondratyev