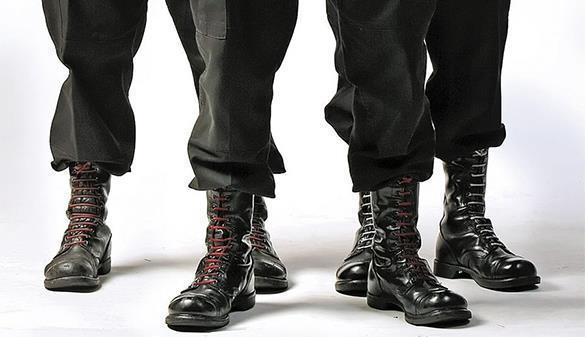 Security forces, coordinated by the FSB and the Ministry of Interior, surrounded the group inside a house in the village of Gerei-Avlak, in the Buynaksk area in Daghestan. The jihadists refused to surrender and shot towards the agents who were forced to return fire.  The gang's hideout was demolished and the agents seized a great amount of weapons including 8 grenade launchers, several AK-47 rifles, explosives, ammunitions and seven cars.

A Caucasus Emirate-linked website confirmed the death of Kebekov on April 21st, defining the event as "martyrdom" and the following day the website published a message of condolences on behalf of Al Qaeda in the Islamic Maghreb (AQIM).

There are two interesting points in the message that are worth mentioning:

"He carried on despite the difficult situation and the small number of those who helped him, with patience, hoping for a reward from Allah, firmly adhering to the truth and not afraid of anything, leaving all sorts of excuses on procrastination from jihad by those whose hearts are covered by humiliation and who do not feel envy to honour and to the shrines of Islam".

In this paragraph, "the small number of those who helped him" is an obvious reference to the recent split inside the organization, as several jamaats left the Emirate in order to join ISIS. According to local sources, by the end of 2014 six out of eleven jamaat leaders swore allegiance to ISIS leader Abu Bakr al-Baghdadi. Among them Sultan Zaynalabidov (head of the Aukhovsky jamaat), Rustam Aselderov (head of Vilayat Daghestan), Arslan-Ali Kambulatov (head of Shamil'kalinsky sector) and Makhran Saidov (head of the Chechen Vedeno sector).

In February 2015 a young jihadist who claimed to be "Amir of Ingushetia" and who was later identified as "Amir Muhammad" declared support to ISIS and cited Islam Atabiev "Abu Jihad" and Umar al-Shishani", but without taking any oath of allegiance.

On December 28th 2014, Aliaskhab Kebekov released a video where he warned his militants from siding with ISIS and expanding the "fitna" inside the Emirate, defining it an "act of treachery". A problem that has reached north-Caucasian militants even in Syria, as explained by Chechensinsyria website:

"Rivalry between North Caucasian factions of IS in Syria and the CE began as far back as late summer 2013 when Umar Shishani and his faction in Jaish alMuhajireen wal-Ansar grew closer to then-ISIS, with Umar being appointed ISIS's military emir in northern Syria. Umar and his faction broke away from JMA in December 2013 and went over to ISIS, with JMA openly aligning itself as the Syrian branch of the CE. Since then, the rivalry between the two groups in Syria has continued to develop, based in the main on a power struggle for control of North Caucasian militants in Syria but also partly based on ideology: some IS North Caucasians have accused the CE of nationalism and asserted that, with the establishment of the "Caliphate", all jihadis should fight with IS".

It is obvious that the Caucasus Emirate was seriously weakened by the departure of many north-Caucasian jihadists who decided to join the ranks of Islamist groups in Syria and later by the flow of jamaats and sub-groups which fled for ISIS.

In another paragraph AQIM claims: "If Abu Muhammad fell and was unable to expel Russia from the lands of the Caucasus, it is enough that he expelled them from the heart...."

This sentence almost sounds as an admission of defeat; the awareness that Aliaskhab Kebekov's organization, already weakened by a difficult endogenous situation, did not manage in any way to hit Russia and if we take a look at the last 24 months of activity of the Caucasus Emirate we will realize how the organization went through the worst phase of its history.

In 2013 former Emirate leader Doku Umarov released a video where he threatened to attack the Sochi Winter Olympics, scheduled for February 2014; however things did not go as he had planned. Umarov was killed in September 2013 and the jihadists did not manage to get anywhere near Sochi. The only actions that the terrorists managed to carry out were the odious attacks in Volgograd in October and December 2013 against two buses and the train station,  killing 40 people. A move that only manage to make things worse for the Emirate on both local and international level.

Starting in January 2014, Russian security forces conducted continuous counter-terror operations in the Caucasus region and especially in Daghestan, where many jamaat were eradicated and many gang leaders either arrested or eliminated.

In 2014, the number of terror-related incidents in Daghestan decreased by 20% as approximately 180 jihadists were killed and more than 200 arrested. The Emirate's operational capabilities were seriously undermined to the point that its leadership did not manage to control its jamaats anymore. The impression was that many of the Daghestani gangs progressively loosened ties with the Caucasus Emirate central command and focused mostly on local criminal activities and obviously did not follow the new leadership's directives to "avoid civilian casualties", as part of a new strategy implemented by Kebekov in a desperate attempt to unlikely earn the sympathy of a population that never supported the infiltration of Wahhabism in the area.