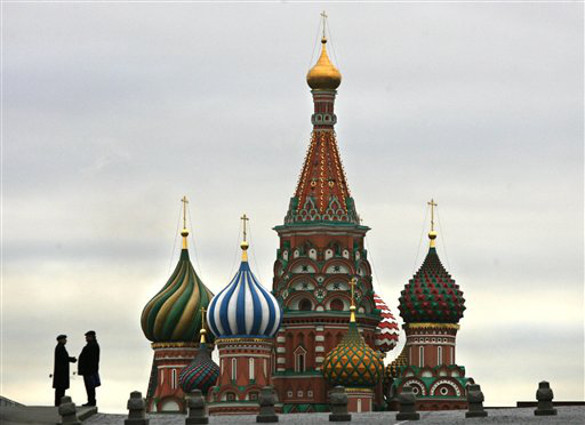 Russians starve against the backdrop of sanctions, they can not raise loans to buy something they need, so why haven't they rebelled against Putin yet? This is a question that many Western publications and bloggers ask in their articles and posts after Putin's address to the Federal Assembly last week. Many of these articles say that social protests and devastation would be in store for Russia this winter.

Western media strongly emphasizes that Putin, instead of digging into "age-old grievances and claims to the West", should come to his senses and return the Crimea to Ukraine. "On Thursday, Mr. Putin was forced to contend with trouble on both fronts, as insurgents mounted a deadly attack in the Chechen capital of Grozny, and he was compelled in his yearly address to reassure Russians that his assertive foreign policy would not bring economic ruin," an article in The New York Times said.  "In the first part of the 70-minute speech, Mr. Putin adopted the angry, aggrieved tone toward the West that he has used since Russia annexed Crimea in March, blaming the United States for starting the trouble by fomenting a coup in Ukraine. He used a more professorial tone in the second, economic part of the speech, but it proved to be a laundry list of small adjustments, many of them recycled," the article continues.

"Vladimir Putin will be accumulating foreign policy challenges, - the Spanish El Pais wrote. - But any of them can be more or less controlled, which can not be said about the deeply sick Russian economy that has been in deep decline because of falling oil prices and the ruble exchange rate that has lost 40 percent of its value in one year. This heralds a winter of discontent on the streets of Russia."

Vardan Bagdasaryan, Doctor of History, Professor, Deputy Director of the Center of Scientific and Political Ideology told Pravda.Ru: "The point is as follows: you (Russia) announce the enemy (the West), but you can do nothing. Economic indicators and oil prices are falling down along with the ruble. This is what many Western publications write, - said Vardan Bagdasaryan. - The situation is really complicated as Russia lives on the west-centrist model. Russia is built into the Western economy. Therefore, mere declarations are not enough, there should be real steps made to change the model of the country," the specialist said.

As for economic estimations, there are very few sober assessments in the West. For example, Bloomberg quoted an official at BCS Financial Group in London, Luis Saenz. "The "good part" of Putin's address is that he said he'd like a reduced government role in the economy and more freedom for business activity, - Saenz, head of equity sales and trading in London for Moscow-based BCS Financial Group said. "The bad part is that Putin's recipe for overcoming the crisis is made mostly from general proclamations," said the expert.

Russia needs to change its model

"Under the conditions of the crisis and actual aggression against Russia, the situation in economic, informational, and several other areas is extremely tense, - said Sergei Grinyaev, Director General of Center for Strategic Estimates and Forecasts told Pravda.Ru. - In such circumstances, conducting reforms is extremely difficult and inefficient. Moreover, changes under the conditions of crisis and conflict can lead to very negative consequences. I think that today, emphasis needs to be attached to anti-crisis management. Today, one must adjust all government programs and strategies that have been adopted in recent years to be implemented before 2020.

"Given the new geopolitical reality and a new state of the Russian economy, all those strategies of today will most likely not be realized. They need to be suspended until the situation in the Russian economy and in the world improves."

Against the background of predictions about the imminent collapse of the Russian economy, many Western publications wonder why Putin enjoys such high ratings. The USA Today came to conclusion that it goes about the unity of the nation in the face of an external enemy.

Why are Putin's ratings so high?

"I agree with this logic, - says Vardan Bagdasaryan. - Russia's historical development is based on "challenge-response" principle. This can be a challenge of nature or an internal call, but it most often goes about an external challenge. The West has always been such an external challenge to Russia. Putin took up the challenge of the West after the defeat in the Cold War, even after the national inferiority complex had been formed in Russia. A large part of the Russian population accepted this feeling of the Russian president taking up the fight - this what explains Putin's high ratings, I believe," the expert told Pravda.Ru.

In conclusion, here are a few quotes from Western bloggers. "I do not feel sorry for the Russians, let them freeze and die there in Ukraine," variations of this comment are very popular. "Economics and dead bodies from Ukraine, and their enthusiasm may fly up in smoke very quickly. It only works with Russians, who have been victims of their own governments for hundreds of years," says LindaWagner.

"These negative  estimations are consequences of the media and psychological war, - notes Vardan Bagdasaryan. - We have been appealed to Western opinions for a long time. We would pay first priority attention to how the West would estimate Russia. If the West was giving a positive assessment, it was believed that Russia was going in the right direction. If the assessment was negative, it was believed that Russia was doing something wrong.

"Life with an eye to Western opinions has created numerous strategic traps for Russia, in all areas of life. Orientation towards Western values deprives Russia of sovereignty in terms of cultural values. Russia should be guided by Russian values. Yet, one should know the position of the rival to conduct propaganda against the rival and offer an alternative project.