Send me to the breach, I will not stay silent

The world is now a village; just watch any major network 'ticker'. The moving lines serve to inculcate us with more of the same-old-same-old never-ending story of 'fake news' drama from around the world. The Establishment Elites control the media. Together their aim is to draw in the village borders even smaller. 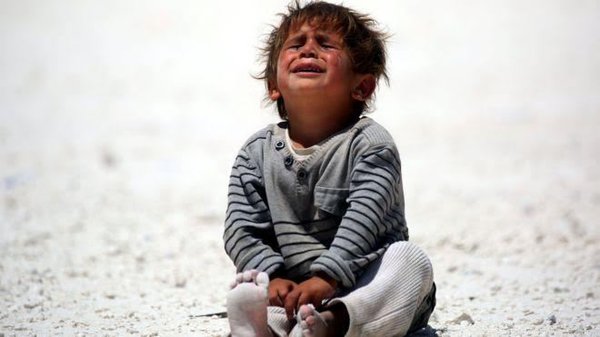 The world is now a village; just watch any major network 'ticker'. The moving lines serve to inculcate us with more of the same-old-same-old never-ending story of 'fake news' drama from around the world. The Establishment Elites control the media. Together their aim is to draw in the village borders even smaller. Do not think many would argue to the contrary except if one was part of them: the one percent ruling class. Moreover, through the Establishment's legion of transnational corporations aka 'Globalists', we the common people will be further reduced to the state of vassalage. Serfdom is a better descriptor.

Carte blanche authority for the media

Nowhere is that proverb truer than in the West. There the conventional media has carte blanche authority to report on what it thinks qualifies as 'headline news'. The major networks never fail to disappoint. The anchors report the 'big stories' even if their narrative is false. Anonymous sources are the norm. Hearsay evidence substitutes for verifiable facts. Truth is relegated to the back page. It is reported there only after a journalist is caught in a lie, which is often. Then the editorial board responds in small print. The concerned pubic may find a retraction story only after a diligent search. Once discovered, the retractor's tepid text hardly reads as an apology let alone corrects the damage from the original lie.

To no one's surprise, American media conglomerates have taken the lead when it comes to spinning a particular perspective on a story. They take any 'lead' regardless of the source, even if the story was leaked. Often the MSM transform a false fabrication into a bombshell (many times literal). They own the airwaves. Their corporate Boards have a monopoly of their own making. One could further state that U.S. journalism is in a lockdown mode. The ramifications of this 'lock' are palpable worldwide. What sane mind would argue to the contrary?

Take for example the major networks coverage of the new American Administration since the November Presidential erection, er, election. With few exceptions (Fox News, Breitbart News, and a few notable others), Americans on a daily basis have been subjected to Trump/Putin Derangement Syndrome by the conventional TV talking heads. The bluster never stops. Their lies continue for hours on end.

According to the MSM...

According to the MSM, Trump colluded with Russia: 'The Donald' used his special contacts, even decades ago, either through his intermediaries such as former campaign managers and hedge fund managers or by his own people holding direct talks with the Russia's U.S. Ambassador in a popular D.C. restaurant of all places, to persuade/bribe current Russian President Vladimir Putin to 'throw' the U.S. election in Trump's favor. This all happened because, once, President Putin when asked by a 'reporter' as to his thoughts on the candidates' campaigning chose diplomacy. He complimented Trump's 'unique' candor.

Moreover, five months in, Trump's Presidency, or at least his Administration seems to have also been infected by this strange political malady. The President himself is not immune either. Well, maybe not; but at times the White House scene appears more and more like the movie 'Wag the dog'. Whether Ivanka Trump solely acted from motherly love or as a close advisor pressured the President, the outcome was the same: a disaster for innocent Syrian civilian victims.

C-I-C Trump's decision to launch a missile storm on a Syrian Air Force base after the MSM (usual suspects, CNN, MSNBC, et al) reported that Assad forces attacked their own citizens with chemical weapons invokes serious questions about his judgment. That fool hardy, unthinking illegal but lethal military response against a sovereign state should also create doubt from his patriot base. Does Trump really have the ability to discern right-from-wrong? Does he truly understand who the real enemy is? Hint: Despite the CIA's assertions, it is not President Bashar al Assad. Ask Russia. They have been dealing with ISIS all along, and winning YUGE.

This past June Americans, and people round the world celebrated 'Fathers Day'. One cannot help but shudder at the prospect of those innocent, child victims such as the infant lad depicted in the above photo not having someone to call out for help as children often do with their father. Study that face. You should have a heavy heart. The boy is alone. The blast of war surrounds him. He has nowhere run to in safety. His face is gripped by terror. The situation looks hopeless. How can we possibly stay silent while this tragedy unfolds wherever and whenever the American government hegemony has lifted its deadly heel? Iraq, Yemen and the Luhansk and Donetsk Peoples Republic are other living examples of this monstrous nightmare.

American patriots can reverse this travesty. Contact your Congressman. Petition the Senate. However, do something. If the politicians still will not act then organize protest marches. Your message should scream the truth. "Send me. Send me to the breach. Inconsequential whether the injustice happens in Syria or elsewhere. I will not stay silent while America's unjust wars create more orphans and widows. As freemen, we are compelled to act. We must rescue the innocents even as surrogate fathers. They deserve nothing less."