American patriots to Trump: You're gonna need a bigger pump!

No doubt when President-elect Donald Trump first visited and saw up-front-and personal the White House 'swamp' following his stunning election victory he too reacted, as Roy Scheider did in 'Jaws'. When confronted with the task at hand the 'chief's' adroit words bear repeating. "We're going to need a bigger boat!" 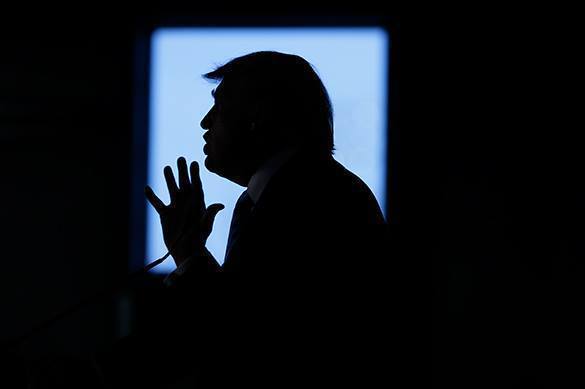 Like Scheider, who relied on Richard Dreyfess, the interloper marine scientist with plenty of book knowledge on sharks but without actual 'deck-hand' experience, Trump has his own special cadre of 'experts' advising him. All similarities stop there; anyone's guess on how valuable his 'own' people are in helping him make the transition from Trump Tower to his official residence at 1600 Pennsylvania Avenue. Now that Vice President Mike Pence has been assigned the job of preparing the grounds fertile enough for the incoming Administration there is hope. This is especially true given the news that Chris Christie, a onetime Trump loyalist was shown the door. With that dead anchor out of the way, maybe Pence can take out the trash and hangers-on from the current occupant's staff of servants.

The White House's household even by conservative counts is in the vicinity of 4,000 paid personnel. Many of those positions commanded handsome salaries; not sure for what though. A lot of them are lobbyists. Those people might be excused for proffering their disbelief that The Donald was in charge; they formed part of the backbone of the wider 'Never Trump' group; their former boss was at its nexus. For his grave error in judgment, Obama too must now seek employment; he must now send out resumes outside his comfort zone and without the opulent entitlement package of the Oval Office despite his being AWOL much of his eight years 'in office'.

After Pence makes his first pass in culling the bloated bureaucracy, the yet to be named incoming Chief of Staff will pare the remainder. Following Trump's business model, the baseline should be set at zero. From that point only essential staff should be appointed; that means that successful candidates would have to actually produce meaningful results. Moreover, they would be measured on their performance; subjected to periodic reviews; just like in the real world or private sector. The American people expect nothing less. Failure to do so would mean holding the feet to fire for those responsible in failing their duties. Maybe President Trump would even chime in with his trademark post partum closing remark. "You're fired!"

'Draining the swamp' in Trump parlance extends farther afield than the White House. In the broadest context those hallowed grounds are nothing more than a marsh. The real infected area is just a cab ride down the road. Capitol Hill representing the U.S. Congress presents more of challenge. Aka the Washington Beltway, the Republik's Legislative branch teems with every vile creature that average Americans though familiar with its shenanigans feel powerless to oppose let alone get rid of its parasitical critters. This is where the President's suasion comes in; not he himself. In appointing former Breitbart News chief, Steve Bannon, as special adviser to the President, Trump made a wise choice; in doing so Trump laid down the gauntlet. Usurpers and betrayers were put on notice. Bannon was instrumental in Trump's ascendency during the general election. He was his campaign manager. Bannon by choice remained forever out of the media's spotlight (not one TV appearance).

However inside 'the situation room' at Trump Tower Bannon got busy; he meticulously planned the final all out push to get first past the winning post of the Electoral College. When much of the MSM were already signaling a Democrat landslide victory as early as a month before Bannon cleared a straight Republican path to the Presidency: day by day he reassured true patriots and 'the deplorables' that Donald Trump would be the last one standing at the winner's podium Tuesday evening (well, early Wednesday morning to be exact). The Donald's record now stood at 20-0 (in their campaigning, both Obamas kissed the deck too); all by knockout.

Unlike Richard Dreyfess' character that relied solely on science and technology to battle a menace, Bannon in his person has all the right stuff. He will get'er done. There are many ways to drain the swamp. Sometimes he may use powerful explosives without hope of salvaging anything. Other times require prudence; use conventional means; set sufficient snares to lure the wild beasts in for capture and disposal. With the bigger threats removed Bannon could relax. He could then rely on the judicial pumps to drain the rest. Lobbyist free the People's Congress could get on with the job that the electorate appointed them to do: honest government by the people, for the people and of the people. It is about time!