US Government and the Clinton female: Come to the Psychiatrist's Couch 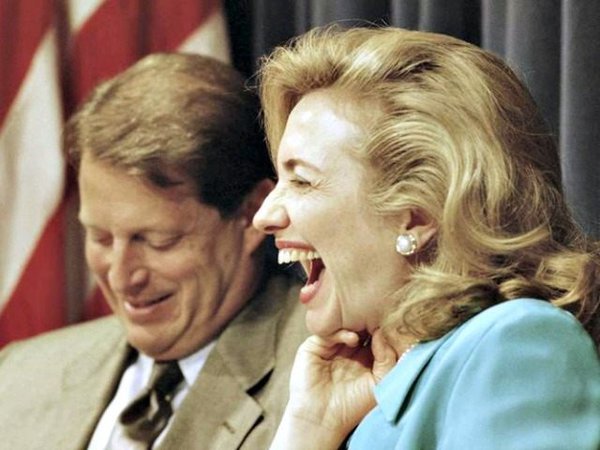 An insidious psychotic paranoia is being demonstrated throughout the US government and its controlled lockstep media.

US leadership and the media have gone completely mental, blaming the Russian government and Russian hackers for exposing the massive wrongdoing by government officials, the Democratic party and specifically Hillary Clinton. This precedent is decidedly fascist, reminiscent of the days of the Third Reich, Adolph Hitler and Joseph Goebbels.

All of society's and the government's ills are blamed on a designated target.

America is going nuts.  Suggestions stupidly abound about how Russian hackers are even going so far as to read people's emails. Of course there is absolutely zero evidence of this.  Russians are being blamed for everything from flooded toilets, biting dogs, the tornadoes in Kansas, the kid's messy diapers, the car won't start and grandpa lost his dentures.

This hysteria is being encouraged by the media, and especially pretentious, arrogant dishonest politicians and every deviant failure in life.  Even in the hottest days of the Cold War such insanity didn't exist.

The most blatant example of this recently was Vice President Biden boldly blaming Russia for hacking emails and trying to influence the election, promising that the United States was preparing to send a message to the Russian president, Vladimir V. Putin, over their plan to launch cyberwarfare against Russia and the Russian government.

Days before, American intelligence agencies and the Department of Homeland Security declared that the Russian leadership was responsible for attacks on the Democratic National Committee and the leaking of stolen emails.

Of course there was no truth to it

"We're sending a message," Mr. Biden told Chuck Todd, a talk show host. "We have the capacity to do it." "He'll know it," Mr. Biden added. "And it will be at the time of our choosing. And under the circumstances that have the greatest impact."

Later, after Mr. Biden said he was not concerned that Russia could "fundamentally alter the election," Mr. Todd asked whether the American public would know if the message to Mr. Putin had been sent.

It was categorically proven that all of these crooked and dishonest politicians were just engaging in disinformation and war propaganda.

From none other than the New York Times:

"Law enforcement officials say that none of the investigations so far have found any conclusive or direct link between Mr. Trump and the Russian government. And even the hacking into Democratic emails"

Repulsive Hillary was blaming Russians for all the problems she had caused with her corruption, her lies, her greed, her personal perversions and deviancies

Hillary Clinton is a sociopath, she certainly does not feel the necessity to ever admit any of her distortions, lies and crimes. She's inherently dishonest, a sneak, a selfish person who has massive anger problems, who has hate names for all of her countrymen.  She is a racist, she uses a woman card when there is no one more the antithesis of woman than her.

As Pravda readers know, this failed female is responsible for the total catastrophe in the Middle East, from Iraq, to Libya especially (he, he, he we came, we saw, he died) and now Syria.  Innocent Syria.

Syria is a secular democracy in Middle East, well known for the diversity and tolerance of the society.  No matter whether one is Sunni, Shia, Alawite, Christian...people all consider themselves just Syrians.  Divisions among the people are clearly a US/western INVENTION.

Some great work has been done by:  Vanessa Beeley and Tim Anderson

Syrians are extremely righteous people who have always accepted, get this, ACCEPTED REFUGEES into their own country, protecting them from genocides and wars going on and now they are being attacked from without, from foreign terrorists sent there by the likes of Clinton and Obama...

I wondered why ever since Clinton was first "lady" and I use the term lightly...

Why was she so intent on bombing Christian Serbs, innocent Serbs, just defending themselves from the aforementioned mujahadeen that were first sent to Afghanistan (see video) and then transported to the heart of Europe causing the Balkan wars and the bombing of Yugoslavia by her husband, which she agitated for, to protect these terrorists.  I hope most of our readers know that Bin Laden was an employee of the CIA and during the Balkan Wars, he was in possession of a Bosnian (Muslim area) passport.  Yet this corrupt female prides herself that they decided to kill off their asset, Bin Laden.

They are famous for killing off their assets....a warning to all considering entering such a position.

Now with the revelations about Huma Abedin I understand that all this time Hillary Clinton is involved with Saudi Arabia, ISIS head choppers all various and sundry terrorists.  See the report outlining this connection, heretofore hidden, secret, washed away.  This is thanks to certain Washington insiders who probably don't like the idea of being wiped off planet Earth by a nuclear explosion being planned by neocons like the Clintons and Obama.

During the debates, Clinton made her imperial declaration that she would impose a no fly zone on Syria even though no one invited the US there, nor did the US get UN permission while Russia does have the invitation and a directive from the UN.

She accuses her opponent, Mr. Trump, of having ties to Russia yet Saudi Arabia provides 20 percent of campaign contributions to KKKlinton, who does their bidding. They also have given KKKlinton Foundation like 20 million, plus she was given half a million worth of jewels.

How is Saudi Arabia not influencing US elections and no one dares speak of it and the connections to ISIS by all of them?

Today's opinion makers haven't learned the lessons they should have from the Joseph McCarthy period of US history.  The demonization of Russia and Putin makes McCarthy days seem like child's play when lives and reputations were ruined.

In Hillary Clinton's world and in the US government's world, there is only free speech for themselves.  All others not agreeing with their insipid, globalist, war hawk, neoliberal agenda are attacked viciously both in print and physically.

International law is only brought up when terrorists are getting a major thrashing, then it's "Oh no, ceasefire, ceasefire (another word for rearm, regroup, reinforce) oh human rights, oh killing innocent civilians, bombing hospitals...boo hoo hoo".  Of course they have been constantly doing this themselves ever since World War II.

The occupation of Germany and Japan has never ended and nearly a thousand bases are maintained worldwide to maintain the empire.  US military are not being used to "defend their country" but to defend corporations, lobbies, the military industrial complex.

Obama, the KKKlinton crime syndicate, and the NWO globalists are seeking to depopulate the Earth by placing a demented paranoid psycho in power, someone connected to every filth known to man: terrorists, ISIS, Nazis, Wall Street, witches, bankers, rapists, child abusers, pharmaceuticals, GMO/Monsanto poisoning of the food, bombers spreading depleted uranium all over the planet causing cancers and birth defects with radioactive contamination for the next 4 billion years, the most feudal totalitarian anti-human dictatorships that chop off heads and other body parts, that give women no rights other than slavery, in fact someone connected to human trafficking.

The US sends that failure of a UN "ambassador" Samantha Power to do a major job of projection (a sign of a major personality disorder) to blame Russia for committing the crimes that they themselves have committed.  And you can rest assured that Russia does not "do the same thing" and commit war crimes, deliberately target civilians to "break their backs" and "send them to the stone age."  These famous pronouncements can easily be found on the Internet.

Russia does all it can to protect life, that's why Russian forces are in Syria.

The psychos in Washington would have you believe that Russia is just there to protect Dr. Assad and his government.  Washington consists of pathological liars.  They claim that Dr. Assad is a brutal dictator killing his own people.  This man is a trained physician who had planned to live his life as s doctor, but then was called upon to help his country.

The truth is available to anyone on the Internet about what caused this terrorist attack on Syria, this is no civil war of a leader against his people.  Those Syrians caught in this war flee to government areas for protection.  During all of these ceasefires, the foreign backed terrorists continued to bomb and use chemical weapons on civilians in government areas.  Never has Assad used chemical weapons and you can find the truth about this also.

It all boils down to a failing empire, an empire in its final death throes, an empire gone INSANE.  An endless stream of attacks on countries unable to defend themselves, regime change often of democratically elected leaders quite in violation of international law and subject to a war crimes tribunal much like that at Nuremberg:

And now their demon Hillary Clinton is seeking to finish the project of either "full spectrum domination" or take the world down with them.

We, the free world community, have come to a conclusion and diagnosis of your mental condition, neocon criminals.  Specifically, you have been judged as a danger to yourselves and others.  Recommendations:  indefinite confinement in a mental institution for the criminally insane.

Anyone considering supporting Hillary Clinton should ask themselves these questions now knowing her connections to Saudi Arabia and ISIS/terrorists:

Do you want to place a mentally ill psychotic lunatic in the White House and continue the insane policies of the neocons i.e. Clinton?

Do you want to see family members thrown in a pit and shot to death ISIS style?

Do you want to see family members knelt on the ground and their heads chopped off ISIS style, or maybe their hearts or organs cut to pieces?

Donald Trump is a breath of fresh air to all citizens of the world who long for peace; long for attacks against defenseless countries to stop; for people to be treated equally and have jobs and security, health care and a future free from terrorism.  It's not dangerous or anti-American to want to have good relations with Russia.  Russia is a peaceful, democratic Christian country...not some monster bent on an empire such as Clinton and the neocons have promoted for the globalist takeover of all the peoples of the Earth.

Let's not let planet Earth become a barren lifeless planet or a horror worse than Nazi Germany where no one is safe from being attacked by terrorists.  The choice is clear, war with Clinton or peace and prosperity, a return to traditional values with Donald Trump and terrorists burning in hell where they belong.