The sickening use of children in the media

The western media has developed a new, sickening and cynical habit: using children in their reporting to sway public opinion, in the most disgusting and perverted exercise of below-the-belt, cheap propaganda wheeling out victims and hiding behind their pain, cheering at the tears as they try to gain points by whatever means. 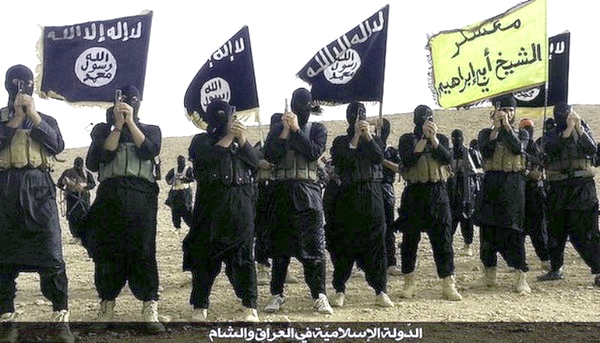 Where were the western media peddling pics and shots of boys and girls covered in blood and screaming when their aircraft were strafing civilian homes in Libya, claiming they were legitimate targets, although they were full of children? Where were the western media when the Gaddafy grandchildren were literally roasted alive by a coward in the sky? Did they show the screen shots of the charred smoking remains of a two-year-old girl murdered by a NATO coward, with the caption: "Murdered" or "War crimes"?

Why didn't they show footage of what their terrorists have done?

Where were the western media and where was all this hype and hysteria when the terrorists the west and its allies in the Middle East back, arm, aid, train, finance and support, were raping little girls before and after they were beheaded and before and after they were forced to watch their mothers being raped and murdered? Did they show the graphic footage with the warning: You are about to witness some disturbing scenes.

Did they show the terrified three-year-old girl screaming as her mother was tied to a bed and gang-raped by a demonic horde of takfiri terrorists, backed by the West against President al-Assad? Did they show the hand grabbing the girl's chin and shouting Watch! Time and time again as she tried to turn away? Did they show her face in close-up, did they show her tears as one of these western-backed demented thugs slit the woman's throat from left to right, leaving a gaping banana-shaped scar, the hole in her throat gurgling with blood as she gasped, screamed, choked all at the same time, her eyes fixed on her horrified child?

Did they show footage of a western-backed terrorist raping a girl?

Did they then show footage of what took place afterwards, as the little child was thrown on the bed and raped front and back several times, her intestines bleeding profusely? Did they show her screams? Did they pan in to that sullen defeated look when there is nothing else left to do, just before they cut her head off and played soccer with it outside, giggling like hyenas, these terrorists supported by the West and their allies?

Did they admit their own war crimes in Libya when they used military aircraft to deprive the civilian population of the electricity supply - hospitals left without power for incubators, babies gasping for breath - did they show footage of their own war crimes as they blasted the water supply network with bombs "to break their backs"?

No they did not. They kept silent about what they were doing. Then they sided with terrorists, unleashing this scourge on Libya first and then Syria, then complain when they hide among civilians and there are casualties, which NATO calls collateral damage.

As usual what they themselves do is fine. When others do far less, they make a fuss and use child victims as ammunition for propaganda. Yesterday those using these images were murdering Iraqi children. What a cynical bunch of bastards. May their souls rot in Hell. Their interference caused this. The Syrian authorities are trying to protect the population, and trying to kill the terrorism scum unleashed by the west.