SOS Planet Earth - Save Our Species

We cannot say how many species we are losing because nobody knows how many we have  - they have not been discovered yet. What we do know is that however many species we share our planet with, the devastation caused by human activity bears a heavy weight on the natural biosphere around us. 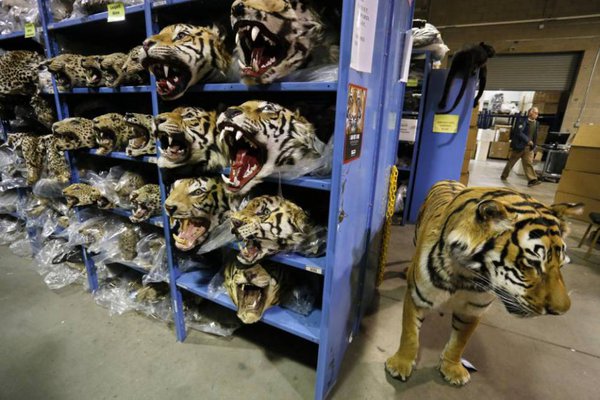 In 1980, in a study of nineteen trees in Panama, it was discovered that eighty per cent of the 1,200 beetle species found were unknown. Experts estimate that human activity is causing an extinction rate between one thousand and ten thousand times higher the natural extinction rate. The pessimistic conclusion is that we are losing between ten thousand and one hundred thousand unique species each and every year even before we have catalogued and studied them and their unique attributes, skills and potential.

At the very least, and being optimistic, the lowest number we are losing yearly is, according to scientists reported in a World Wildlife Fund annual report, between two hundred and two thousand species, while between 1.4 and 1.8 million species have been identified.

Human activity is the cause

And the cause of this loss is human activity. In fact, over the last 35 years, biodiversity on our planet has decreased by over one quarter - we have 25 plus per cent fewer species than we had in 1980 and the Living Planet Index shows a 52 per cent reduction from 1970 to 2010.

Habitat destruction, poaching, the wildlife trade. The three evils, the three feathers in the cap of humankind which is on a steady path towards destroying the biodiversity of our planet, steam-rolling over the other species we share it with and ignoring the fact that when we have killed off a critical mass of our neighbors, we are already doomed as the next in line, long before animal and plant life die out forever.

The over-exploitation we are engaging in, is not sustainable. In short, we are bleeding our planet dry, while the climate change we are causing - or which is happening anyway through natural reasons - is doing the rest.

It will take you two to four minutes to read this article and by the time you have finished, one of the unique species that we share this planet with will have been the last one of its kind, and will have died out - extinct, forever. By the time you log on tomorrow morning, between one hundred and fifty and two hundred species will have followed it.

One quarter, or twenty-five per cent, or one in four, of our mammal species are threatened with extinction in the short term. For birds, the figure is one in eight, for sharks, one in five, for coniferous trees, one in four, for amphibians, one in three. In total, 23 per cent of mammals and 12 per cent of birds are considered as being in danger of extinction.

Wouldn't it just be easier for Mother Nature to eliminate the one species causing all of this? Maybe she will...maybe she will.