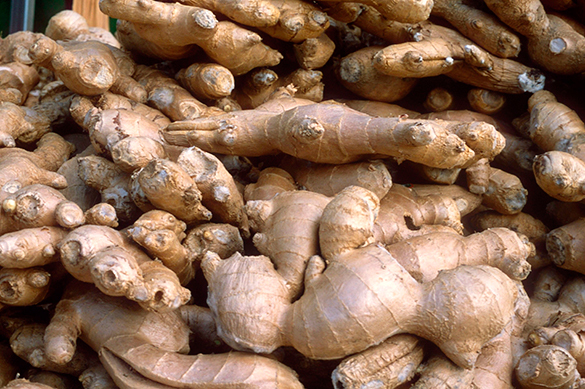 The substance known as 6-shogaol is produced by drying ginger root. This substance is active against cancer stem cells at concentrations that are harmless to healthy cells. This is very different from traditional chemotherapy that is known for its serious side effects mainly because chemotherapy kills both healthy and cancerous cells.

These cells are also able to replicate indefinitely. In addition, they are capable of splitting off from the main colony to establish new tumors elsewhere. They are key players in metastasis that is responsible for 90 percent of cancer-related deaths. The preservation of cancerous stem cells also explains why cancer may occur again even after the seemingly successful eradication of the tumor via  chemotherapy, radiation or surgery.

Researchers have found that 6-shogaol destroys stem cells of breast cancer in several different ways, including by changing the cell cycle to increase the cell death rate and inhibit the formation of tumors.