UNO on how to build a better future

With so many experts working in so many different fields, with so much collective academic weight and expertise, it seems strange that the United Nations Organization speaks about the ways and means to build "The future we want" - you would have thought they would already have done it, rather than be still speaking about it. 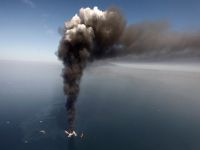 Let us examine what Ban Ki-Moon suggests that the global community does over the next five years to build what he sees as a collective future. His vision is based upon five imperatives: sustainable development; preventing and mitigating conflicts, human rights abuses and the impacts of natural disasters; building a safer and more secure world; supporting countries in transition; and working to engage the talents of women and young people.

For the Secretary-General of the UNO, tackling these five areas will "help create a safer, more secure, more sustainable, more equitable future. A plan to build the future we want." The action agenda includes a campaign to eradicate the world's most deadly diseases and medical conditions: malaria, polio, paediatric HIV infections, maternal and neonatal tetanus, and measles and a plan to make Antarctica a World Nature Preserve.

On the table is a World Humanitarian Summit to establish common best practices and the creation of a New UN Partnerships Facility "to harness the full power of transformative partnerships across the world body".

Sexy soundbites
Sexy soundbites, the key words are all there, namely sustainable development, empowerment, Nature, combating diseases, mitigation of conflicts and (violins) making the world a better place. In fact, sexy soundbites is what Ban Ki-Moon and the United Nations Organization is all about, in other words, pith and wind, flights of fantasy, verbosity, a load of hot air and in plain English, a pretentious verborrea followed by chronic constipation of action.

Despite the very considerably great work being carried out by some UNO departments, among these being Michelle Bachelet's UN Women and António Guterres' UNHCR (the High Commission for Refugees), how long and after spending how many trillions of dollars has it taken the United Nations Organization to ask itself the question how we can build the future we want?

Five alternative points for a better world
And the future does not pass by verbosity, pie-in-the-sky ideals and wasting billions of panels of experts and meetings, it has to do with drawing up simple and concrete plans and it has to do with their effective implementation.

While a Nature Reserve for sea birds, narwhals, seals and microscopic bacteria in Antarctica may be a very noble ideal and wonderful as it sounds to say "just because you can't see something, doesn't mean that it does not exist", there are more pressing areas that need attention.

1. First and foremost, the world community needs a law-making body with the powers to implement international law. The situation today is that international law exists but is disrespected, breached and insulted by NATO, by the FUKUS-Axis (France, UK; US and Israel), countries which do as they please when they please with impunity. It would not be difficult for a fresh law book to be drawn up with clear rules and procedures for crisis management, signatory states being bound to adhere to them under penalty of exclusion from the UNO and the consequent total international isolation.

2. An international court which uses the same sets of weights and measures for all under equal conditions, with legal powers over all citizens. How can we have an international penal system from which some states declare their citizens immune from prosecution while these same countries prosecute those from others?

3. A universal charter of human rights, expressing clearly universal values which include the integrity of the person at least until adult age, which would exclude practices such as female genital mutilation; a charter which would be all-inclusive and which would outlaw racism, sexism, bride killings, honour killings, homophobia and which would be implemented worldwide into the current legal systems, ensuring swift punishment for infraction.

How can you speak about empowerment for women when women are being killed for not wearing a veil in some countries, when they can be stoned to death for being raped in others or when they have their clitoris cut out when they are girls so they "will not feel like fooling around" when they are women? A part of this would also include dismantling networks of human trafficking, child abuse, sexual abuse and slavery and forced prostitution, the implementation of laws in legal codes worldwide and the means to police and follow-up.

4. A worldwide crackdown on illegal trafficking and production of harmful substances, policed by a UN body which acts as if it meant to do something, instead of running round in circles while Institutions close to the authorities in certain countries in fact control the drugs trade and use it as a financial and social weapon. Included in this should be a far-reaching study into transgenic production and genetically modified foodstuffs, a labelling campaign where all substances are clearly marked on the container on the shelf and a policy which goes back to the implementation of healthy food production and healthy food on the table, instead of a pile of chemicals which if used over a period of time is downright dangerous.

5. The fifth and final point has to do with the dismantling of the idiotic financial and economic system which has been imposed upon the population of the world in a top-down and arrogant approach, favouring the haves and keeping the have-nots down, creating conditions for those who control production to spiral upwards and for the growing number of poor to spiral downwards.

There has to be an alternative to a system in which tendentious ratings agencies dictate a country's debt rating, which in turn has concrete and tangible effects upon the present and future welfare of citizens who have nothing to do with the implementation of policies which made them vulnerable. The capitalist market-oriented system simply does not work and there are numerous models, past and present, of alternative systems where a social umbrella is provided and works, where wealth is distributed more evenly, where the use and ownership of resources is universal and where basic rights to education, to healthcare, to work, to housing, to transportation, to public utilities are guaranteed and are not the subject of a business exercise. Such a system does not necessarily have to forbid a person from working for him/herself and should include the vector or rewarding people for their endeavour.

Five simple points, easy to draw up and to implement. If the United Nations cannot do this with the resources at its disposal, if the community of nations cannot do it after all these years, then let others try. I for one would do it for free with a minimum of resources in a very short space of time.