2013: What is the United Nations Organization for?

The United Nations Organization was founded in 1945 to stop conflicts and provide a forum for debate, discussion and dialogue for crisis management. It costs around 15 billion USD a year to run, so in indexed terms has already spent some one thousand billion dollars of taxpayers' money. On...er...? 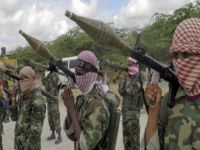 The basic question is, what is the UNO for? If the answer is a repetition of the paragraph above, then the response is that it has failed miserably and that it is an absurdly expensive waste of time and space. If it costs around 15 billion USD annually to run, that is getting on for two dollars per person per year, every year, and for what?

Did the United Nations Organization provide a basis for debate before the invasion of Iraq? No, because the United States of America, the United Kingdom and a handful of NATO countries simply decided to sidestep the Organization, avoiding the UN Security Council because it would have voted against an invasion. The USA and UK therefore rendered it useless back in 2003. Since then, the UNO has spent an additional 150 billion dollars doing what exactly?

Did it stop the war in Libya? No, it stood back as the aforementioned demonic duo, now joined by France (to form the FUKUS Axis - France, UK, US) ran amok, supporting terrorist groups on their own lists of proscribed groups, placing boots on the ground, despite being bound not to by UNSC 1970 and 1973 (2011) and yet again breaking every law in the book. If the British Foreign and Commonwealth Secretary of State, William Hague, is still sitting smugly in his job despite breaking the law of his own country, then it becomes patently obvious that the United Nations Organization has as much clout as a squashed, syphilitic slug lying under a tonne of sea salt.

And what has the UNO done to prevent the bloodshed in Syria, where once again the FUKUS Axis has sided with terrorists, is sending in its own special forces and is making the conflict bloodier, the more the Syrian Government resists this demonic scourge?

True, the UNO does some excellent humanitarian work, clearing up the mess it has failed to prevent; yet, if it did its job properly in the first place, there would be no need for the fire engine. True, UN Women does some excellent work against gender violence and towards women's rights; UNESCO does a lot to protect world heritage, register languages and so on, António Guterres does a superb job in helping refugees at UNHCR and true, UNICEF does some excellent work in protecting and educating children.

As for the World Health Organization, it is useful as a research facility and reasonably good at distributing medicines and mosquito nets; as a disease prevention organism it is as risible as the crisis management arm - after all, during the Swine Flu crisis in 2009 it limited itself to informing us as to what Phase the new potentially fatal virus was reaching as the WHO sat back and watched Influenza A H1N1 go globe-trotting.

If this is where the UNO is at after sixty-seven years, then let us conclude it is a useful humanitarian organization but would be rendered useless if an effective United Nations Organization was to do the job the UN was set up to do in the first place.

Let us be honest, if any manager of any company had spent a thousand billion dollars over 67 years producing the same sort of ineffective results the UNO has presented, then (s)he would be crucified. As for the UNO, this year it is set to waste another 15 billion USD...of OUR money.

Give me ten valid professionals, a fraction of the money the UN has spent and seven years, not 67, and I can state publicly I would do a far better job myself.