"One of the tasks that we clearly have is to rebuild trust in our political system ... it's about making sure people are in control and that the politicians are always their servants and never their masters." 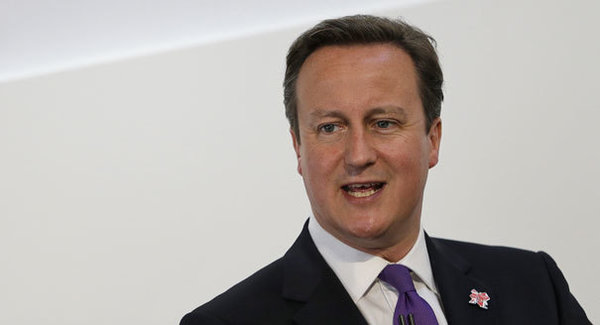 David Cameron has made "transparency" a mantra. In May 2010 he vowed to rip off the: "cloak of secrecy" around government, extending transparency andstating: "Greater transparency is at the heart of our shared commitment to enable the public to hold politicians and public bodies to account."

He was specific, adamant even: "If there's one thing I've noticed since doing this job, it's how all the information about government - the money it spends, where it spends it, the results it achieves - how so much of it is locked away in a vault marked sort of 'private for the eyes of Ministers and officials only ...' By bringing information out into the open you'll be able to hold government and public services to account."

In early July 2011 he declared: "We are creating a new era of transparency ..." Later that month in a speech in Singapore he talked of: "accountable and transparent institutions ..."

In January 2013 he said one of the main priorities of the UK's Presidency of the G8 was "transparency." In November that year at the Open Government Partnership he again delivered a speech stressing the importance of the "transparency agenda."

In fact the only transparency is Cameron - you can see right through him.

Holding "government and public services to account?" In your dreams. For example, the UK illegally invading the air space of other countries, murdering people in extra-judicial executions, a pretty massive government undertaking. Questions should surely be asked and have been. "Transparency" and accountability have not only been unforthcoming, they have left the planet.

In August last year two British nationals fighting in Syria were killed in British drone strikes, they were Reyaad Khan and Ruhul Amin, the latter not a "formal" target but killed anyway. Whilst many may be tempted to think:

" terrorists, serves them right", this is the thin end of a very dodgy legal wedge. An illegal strike on a sovereign country, killings with no recourse to law - and only the government's word on who they killed anyway, there will surely never be absolute proof.

Moreover, for all the word juggling, it seems Cameron's government has followed in the footsteps of their Master, Barack Obama and had the UK National Security Council draw up a "kill" list.

Defence Minister Michael Fallon denied there was such a list but confirmed in an impressive sleight of words: " ... our job is to  ... identify the terrorists and where we can forestall them. But if you're asking me would we hesitate to take similar action again today, tomorrow, next week - absolutely not, we would not hesitate."

Assassination whilst illegally in or over another country is now renamed "forestalling."

It should also be noted that it was not until 2nd December that the UK Parliament voted on Air Force intervention in Syria a vote and actions anyway in murky legal territory, but the killings were undertaken under Führer Cameron's auspices without MPs even being consulted, with, it transpires, the "kill' list drawn up "some months" prior to the August action with: "a list of targets who would be subject to extra-judicial killing."

"The Government" has also " refused to publish the advice it received from the Attorney General to justify the attacks."

Further according to The Independent: David Cameron said that Khan was involved in "actively recruiting (Isis) sympathisers and seeking to orchestrate specific and barbaric attacks against the West including directing a number of planned terrorist attacks right here in Britain ...

"However, no further evidence has been provided to substantiate these claims. Downing Street has said it cannot provide this information as it might compromise ongoing operations and legal cases ..."

Cameron seemingly morphs ever more into his hero Tony Blair - even down to seemingly having a compliant Attorney General in Jeremy Wright, QC. Few will have forgotten Blair's, Lord Goldsmith, who changed the advice on the Iraq invasion from illegal to legal at a gentle tap on, not even a twist of the arm.

Wright:  "... appearing before the Justice Select Committee said he acknowledged it was important in such exceptional circumstances that MPs should know that legal advice had been given, but insisted that its precise content could not be revealed.

"Asked why not, Wright said: "In part, it's an obligation to ensure that legal advice taken by the government is as full and frank as it can be ... It's also important to take collective responsibility under cabinet government." So much for holding "government and public services to account."

That was in September. On 12th January:

"Members of the UK's Parliamentary intelligence watchdog will not be allowed access to all intelligence or defence information relating to the new British practice of targeted killing by drone, the Prime Minister has said.

"David Cameron was asked today by Andrew Tyrie MP whether the Intelligence and Security Committee (ISC) would be allowed to examine the military aspect of the targeted killing programme, and whether he would commit to the Committee's security-cleared members being able to see all the relevant intelligence.

"Mr Cameron refused on both points, stating that the ISC's job was to examine intelligence, not military affairs, and that he could not give the commitment Mr Tyrie asked for regarding the Committee's access to intelligence.  Mr Tyrie pointed out that what the Committee is allowed to see remains under the control of the Secretary of State, and that its work on targeted killing 'could be rendered meaningless' if it were barred from looking at the military operation.

"Harriet Harman MP, chair of the Joint Committee on Human Rights (JCHR) is currently carrying out an inquiry into the issue. She asked whether he would publish the UK Government's policy on drone strikes - Mr Cameron responded that he had already set out his position to the Commons, but that publishing a written policy might 'get us into more difficulties.' " You bet.

In response, Kate Craig legal Director at the international human rights organization Reprieve stated:  "In fact, the Government is under a legal obligation to formulate and publish a clear and unambiguous policy, especially when we're talking about state killing.

"Moreover, the Prime Minister's refusals to share vital information with the ISC raises the disturbing possibility that - much like the controversial US drone programme - UK targeted killing may be beyond accountability and oversight."

Law, national and international, is clearly fast becoming a redundant irritant. Britain and America's acts of terrorism seem ever more blatant and unaccountable. "Why do they hate us?" bleated George W. Bush, work it out.

As for Cameron's "transparency" mantra, having been in mortal danger from the day of its unveiling it is now consigned to that great political cemetery of Prime Ministerial and Ministers' towering falsehoods and humbug.