Britain's Prime Minister David Cameron and his Cabinet Ministers are rigidly consistent in one thing - their inconsistency. On 20 July this year, Defence Minister Michael Fallon was adamant when he told Parliament that Britain would not send ground forces to Iraq or Syria as their deployment would be used by ISIS as anti-Western propaganda. 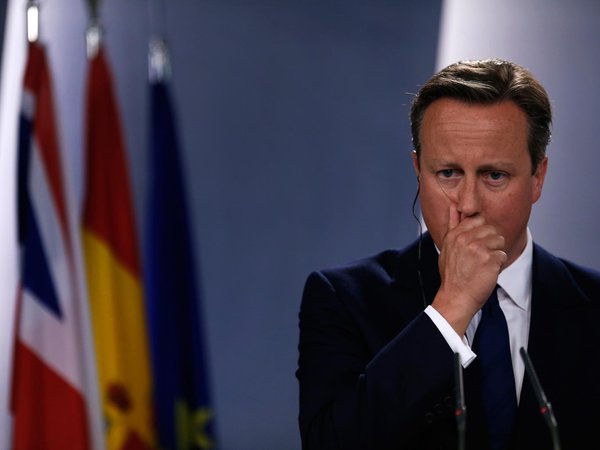 Fallon stressed that: " ... putting ground troops into Iraq or Syria would help the ISIL narrative.

"It would help further radicalise its potential supporters by showing it was foreign armies being sent to deal with ISIL."

David Cameron weighed in with the need for "boots on the ground" - but he was also adamant, assuring that these would NOT be British or American boots these would be "Iraqi boots, Syrian boots." The arrogance of dictating the security arrangements of other sovereign nations defies comment.

Michael Fallon revealed that in spite of the British public having been assured that there would also be no British bombing in Syria he: "confirmed to MPs that five pilots serving with British forces had been embedded with coalition forces carrying out air strikes in Syria in the past year", specifically with US and Canadian forces. Moreover, Britain had seemingly sent illegal insurgents in to Syria. According to the Daily Mail: "Some seventy five other UK personnel have worked with coalition forces on attacks in Syria, Mr Fallon said."

However, the same day it transpired that British troops: " ... from the 2nd Battalion Yorkshire regiment had been sent into the (Iraqi) Kurdish capital Irbil for 24 hours ... They have now left but British special forces are still believed to be in northern Iraq", according to the BBC. Confused yet?

Fast forward to 13th December and just in time for Christmas the Daily Mail announces: "UK boots on the ground in Iraq: "100 Paras deployed in battles against ISIS... the first fighting troops in the region since 2009 ... The Paras' job will be to protect around 350 British military instructors who are being sent out in January to train the Iraqi army and Kurdish Peshmerga forces." They will be authorized to shoot and kill should they come under attack.

Given the woeful, murderous, human rights abusing record of the British and US troops in Iraq many Iraqis with nothing to do with ISIS will have records to settle on behalf of dead, maimed and tortured family and friends. The New Year's enforced, unwelcome guests will not be welcome and more Iraqis will pay with their lives.

Incidentally, US and UK troops professed to be "training Iraqi troops" for all the years of the invasion, further both countries had "trainers" stay on after the main bodies of their armies had crept out under cover of darkness. The "training" claim simply does not hold water. Further, the Peshmerga are some of the most inventive, fearless and ruthless fighters on earth, they need no training from anyone.

A "Spring offensive" against ISIS has been penciled in for April with Defence sources confirming:  "that the British deployment to Iraq would include a 'force protection' element with soldiers being sent there for up to six months."

Former British military intelligence expert Frank Ledwidge, unlike Cameron and Fallon is a realist and told the Mail:

"This is definitely "mission creep" and if or when UK casualties are taken next year I'd expect to see the size of the British deployment to Iraq increase.

"Post-Afghanistan the British Army is looking for a new role in order to maintain its sense of purpose and its troop numbers because the Ministry of Defence will not be protected from the sharp cuts in public spending that are on the horizon. So the generals will be thrilled by this deployment." Iraqis are to die to fill the Ministry of Defence coffers.

British troops "will be backed by air strikes and also drone attacks, which are playing an increasingly critical role in the campaign." Is there anything left in Iraq to bomb and drone as Cameron and his cabal gear up for Christmas festivities in the season of "goodwill to all men"?

David Cameron has stated that he is "evangelical" about his Christian faith, criticising non-believers for failing to grasp religion's role in  "helping people to have a moral code."

During Easter last year he released a videoed Easter message in which he talked about the "countless acts of kindness carried out by those who believe in and follow Christ." Tell that to the Iraqis who have faced the brunt of the gun carrying, Bible carrying, church going British and American troops who kicked in their doors, wrecked their homes, stole their valuables and killed those they loved.

Cameron's Easter message via the Church Times was that faith could be a "guide or a helpful prod in the right direction" towards morality. As he heads his country in the direction of even more extra-judicial murders in two countries on a grand scale and who enjoined in the destruction of Libya, he has certainly taken the wrong fork on the moral highway.

It is impossible not be reminded of the words of the man he regards as his friend and guru, another professed Christian - false prophet comes to mind - Tony Blair, who, as Christmas approached, on the 16th December 1998 announced that Britain was bombing Iraq, an Iraq, as Syria now, crippled by sanctions, an Iraq also with no means of self defence. Blair stated:

"There is no realistic alternative to military force. We are taking military action with real regret but also with real determination. We have exhausted all other avenues. We act because we must." What lies, what criminality.

David Cameron has morphed in to a Tony Blair who has been found guilty of war crimes and crimes against the peace by a number of international legal tribunals. One can only speculate that they might be sharing some seasonal festivities as others huddle and die under British bombs - and if they are, what else will they be plotting?