In an interview with front running Republican Presidential Candidate, Donald Trump, ABC 'news analyst' George Stephanopoulos tried the same vacuous and useless tack: Start with a cheap shot. Insult him. As usual 'The Donald' was ready. He knew well on how to rope-a-dope a smarmy PC liberal. 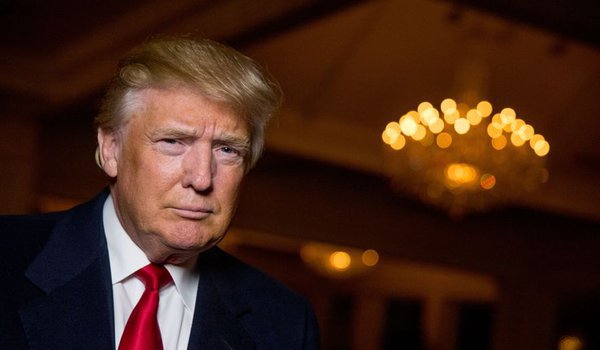 What followed was a devastating combination: a stinging left jab, followed by a right cross that split the pansy man's kisser. The KO punch was classic Trump. His left hook found the mark. It landed behind the journalist's itching ear; the sharp blow left Stephanopoulos deaf but schooled. The paraphrase follows... "Where is your proof? Provide evidence. What you said is conjecture. Russian President Vladimir Putin kills reporters? Well then, name names.

If you do not know, the onus is on the accuser; he must substantiate his claim. George, Islamic terrorists are America's biggest threat. Not Russia. Not Putin!" Ouch! That stung! With a battered and bruised ego and while dazed and confused, Stephanopoulos staggered to his comfy chair. He ended the call. Too bad... Trump was just warming up! Sensing the moment, the camera crew panned in. George's countenance revealed cracks. His eyes were glazed; but pride still puffed him up. With a sullen voice, he summoned a witness for the defense. It came in ghastly form.

Colonel Sanders, the 'other' Democratic Presidential 'Candidate' limped onto the set. Like his host, the now growed-up child of the 70's LSD culture and devout follower of San Francisco's Haight-Ashbury flower power movement, appeared punch drunk. No doubt. Yesterday, Sanders' ass was handed to him. To add insult to injury, a woman whupped him. During the Democrats candidate debate, Hillary Clinton in addition to the beat-down demanded an apology from the reeling Sanders. Colonel apologized; he apologized again; and again.

The mea culpa session lasted almost two minutes. When pressed, Sanders opening statement was well, revealing. "He's a pathological liar." What? Say again. Who is? One would be excused if you thought Sanders was referring to George. Sounded that way... Stephanopoulos leaned close. He sensed a kill shot. "Be specific." Tired and disheveled, Sanders smacked his lips. He refused the bait. "I need a drink." Before he could blurt out that which was demanded, ABC cut to commercial break. In the ensuing propitious minutes, Sanders gathered himself. He exited stage right. After the interlude, things looked bleak. Stephanopoulos was down in the count; on his third strike. He called his 'star' witness. Former New Jersey Governor and GOP Presidential hopeful (polling 1 per cent), Chris Christie, made the scene. The heavy-set fellow seemed perturbed.

Sundays, he normally queued at Denny's. Their brunch featured steak and lobster; all you can swallow. Now, he would starve; look presidential. No way did Christie relish being there under Stephanopoulos' scrutiny. He was wiser though. Having just witnessed Trump pummeling the smirking host, Christie froze. He fought for wiggle room. During George's badgering, Christie's usual bellicose manner was nonexistent. Barely audible and in whimsical fashion he mumbled something along the lines of how green New Hampshire's trees appeared from the stump. Then he juxtaposed that resplendent scene to the majestic sounds of the rolling surf that he left behind in South Carolina. To Christie, those two imaginings augured well for his campaign going forward. Off camera, Christie's Communications Manager seconded Bossman's big motion. Stephanopoulos was dumb founded. ABC cut to commercials. Christie, fast as he could, beat a straight path back to the buffet spread.

While getting patched up at Mount Sinai Hospital, George Stephanopoulos should chill; take a break and pause; reflect some. From his wounds he should learn a valuable lesson. Besides minding his manners, Stephanopoulos needs to show respect. When Russian President Vladimir Putin praised Donald Trump, it was well founded. Moreover, earlier Georgie boy found out the hard way that indeed 'The Donald' is a capable leader. Yet, Stephanopoulos refuses to mend his erroneous ways. That is because he and many of his jingoistic caste are without honor. They have none. Zero. Nada. It showed today.

The liberal U.S. media is in denial. This is not about them or the establishment. The next election is all about the people. Americans need a strong person to represent them only; a leader who asks tough questions even if the answers are not PC. 'The Donald' has embraced the challenge. He will prevail. Like him or not, Donald Trump is poised to be sworn in as the 45th U.S. President.