Donald Trump: Another Terrorist from the 1 Percent 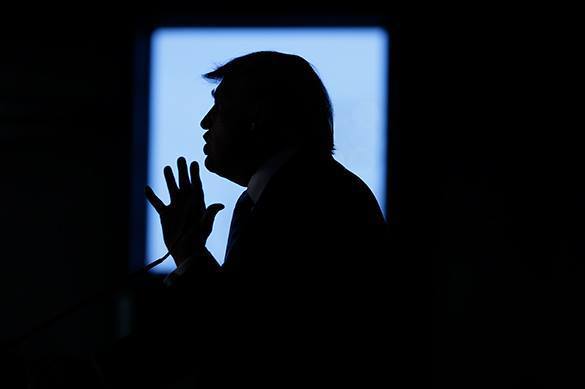 "What most concerns the [New York] Times is that the crude politics of Trump shatters the lying rhetoric used by Democrats and Republicans alike to justify the policies of the ruling class, at home and abroad. Thus, it worries that Trump is doing "serious damage" to the country's "reputation overseas" by "twisting its message of tolerance and welcome." What is the "tolerance and welcome" of which the Times speaks? Is it perhaps the Obama administration's deportation of more immigrants to Mexico and Central America than any other president? Or the construction of brutal detention facilities in the southern US to hold men, women and children seeking refuge in the US. The Times writes that Trump "has not [yet] deported anyone, nor locked up or otherwise brutalized any Muslims, immigrants or others." The newspaper fails to add, "Obama, however, has."

Or is the "tolerance" expressed in the bombing attack in Syria earlier this week that killed 32 civilians, including 20 children? Or the deliberate targeting of the Doctors Without Borders hospital in Kunduz, Afghanistan in October, massacring 22 people in a blatant war crime? Is it torture and NSA spying, defended and covered up by the Obama administration and its CIA director, John Brennan? Is it wars in the Middle East that have killed more than a million people and destroyed entire societies?" World Socialists Website

The New York Times and East Coast Chicken Littles would have you believe that U.S. Presidential candidate Donald Trump is some sort of fascist from the swamp. He anything but. According to Forbes Magazine his worth is estimated to be approximately $4.5 billion--the fruit of his efforts in the New York real estate industry and the U.S. mainstream media.

Some have characterized him as Heath Ledger's character The Joker in the film The Dark Knight. He is not. In fact, the U.S. could use the services of the Joker these days. As The Joker put it: "The mob has plans, the cops have plans, and [commissioner] Gordon's got plans. You know, they're schemers. Schemers trying to control their little worlds. I'm not a schemer. I try to show the schemers how pathetic their attempts to control things really are...Nobody panics when things go according to plan. Even if the plan is horrifying! If, tomorrow, I tell the press that, like, a gang banger will get shot, or a truckload of soldiers will be blown up, nobody panics, because it's all part of the plan...Introduce a little anarchy. Upset the established order, and everything becomes chaos."

Didn't Thomas Jefferson hold that a bit of revolution now and then was appropriate?

At any rate, the U.S. two party system is the front operation for the elite, ruling class that Trump is part of.  He is in the top 5 percent of approximately 30 percent in the U.S. public and private sectors who view with some disdain the remaining 70 percent of Americans who are, comparatively, low wage earners. There is no middle class to speak of in America. The Democrats and Republicans are little more than playthings for Trump and his fellow 30 percenters. And we must include the many foreign lobbyists and countries that own Republicans and Democrats in the U.S. Congress and the White House.

The U.S. is ruled in the political machine style of the late 19th and early to mid-20th Century. Names associated with such forms of governing include William "Boss" Tweed of New York City, Mayor Richard Daley of Chicago and Mayor James Michael Curly of Boston.  What is a political machine? According to Wikipedia political machines "...sometimes have a political boss, often rely on patronage, the spoils system, behind-the-scenes control, and longstanding political ties within the structure of a representative democracy. Machines typically are organized on a permanent basis instead of for a single election or event."

The website U.S. History says this about political machines: "...political machines broke their own laws to suit their purposes. As contracts were awarded to legal business entities, they were likewise awarded to illegal gambling and prostitution rings. Often profits from these unlawful enterprises lined the pockets of city officials. Public tax money and bribes from the business sector increased the bank accounts of these corrupt leaders."

War of the Worlds

Peter Temin has written an extraordinary indictment of what the 30 percenters and crew have done to the social fabric of the U.S. His work The American Dual Economy: Race, Globalization, and the Politics of Exclusion, is an absolute must read. He posits two U.S. economies: One is the Finance, Technology and Engineering (FTE) economy containing the 30 percenters like Trump. The other is the dystopian Low Wage economy of the 70 percenters.

According to Temin: "...repression falls most heavily on blacks, but it affects whites and other ethnic groups in the low-wage sector as well. After all, the majority of prison inmates are white. But while poor whites are numerous, they are less visible than blacks in public discussions of programs to help the poor. Reagan's famous invocation of Welfare Queens in his campaign to restrict government funding for the poor was a clear racial reference. The War on Drugs appears to be a law-and-order program, but its administration focuses on blacks. And the resulting conditions of blacks are used as examples to discourage other government funding. The growing problems of white members of the low-wage sector are equally serious...White flight to the suburbs was by class as well as by race; it stranded poor whites in the inner cities, where they are subject to the same kind of economic and social pressures as poor blacks.

Temin goes on: "As noted above, there are many more whites than blacks in the low-wage sector. The inability to earn an income sufficient to support a family increased among whites in poor urban neighborhoods. The urban white marriage rate dropped; the rate of urban white single-family households rose. The imprisonment rate among whites in poor urban neighborhoods rose along with the rising rate for blacks. And the decay of trust social capital among these whites was as severe as among blacks. The American dual economy would exist if there were no American blacks; only the political discussion would be different."

Lastly, according to Temin: "The Affordable Care Act (ACA), known also as Obamacare, offered states a free ride for five years and generous support thereafter for expanding Medicaid. This offer was refused by almost half of the United States. It was rejected in states governed by Republicans in the former Confederacy, with an extension up the western bank of the Mississippi River; most of the affected people live in the area of the former Confederacy. A clearer illustration of the link between the legacy of slavery and current government policies could not be found."

Terrorized by the 30 Percent

Studies have shown that the 70 percenters vote has little effect on changing government policies. Naked Capitalism does a breakdown of a recent Pew research effort indicating that the U.S. middle class, if there ever was such a thing, has largely vanished. Naked Capitalism (NC) also does a takedown of the Pew effort as it paints a rosy picture of progress when, in fact, continued socioeconomic decay seems more likely.

According to NC: "...there is a great deal of research that shows that highly stratified societies score worse on social indicators like crime rates, average educational attainment, suicides, and teen pregnancies. The US hews to this pattern...Stratified societies have people at every level having low community engagement, thin social network, and for those who are well or very well off, pressure to maintain their economic status, since if they lose that, they lose their social network. They can no longer afford to engage in many of the same activities, they might even have to move into cheaper housing, and the result is that they lose most if not all of their current "friends". And it's hard to see how Pew can claim there has been "more progress" when labor force participation is low by historical standards."

So while the 30 percent represented by Trump and the owners of the New York Times might be stupid rich, the 70 percent is stupid dumb for thinking that Trump actually represents some radical right wing, conservative philosophy. Trump is making money for corporations that own media outlets (ratings). And he serves as an easy target for progressives who focus on Trump and not the fraying social fabric around them or the warmongering language of Hillary Clinton.

The Joker is right. The 30 percenters are all schemers. The problem with the 70 percenters is that they have become accustomed to the pathetic world created for them by the schemers. The 30 percenters have designed a machine that allows the Low Wage class to vent on the World Wide Web's social media outlets, or maybe cast an ineffective vote, or make a video and stick it on You Tube, or even write a letter to an editor.

It's all part of the plan.