The adoption on December 9 by the UNSC for the first time ever, of a resolution on youth, peace and security gives pride of place to the next generation in the prevention and resolution of conflict and extremism. Does this mean that we can go back to a 2000 moment, with the adoption of the Millennium Development Goals? 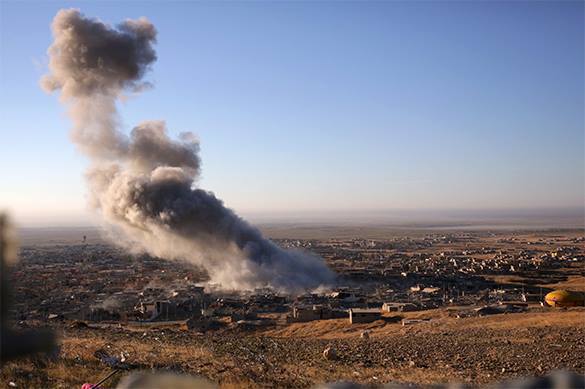 Those of us who consider ourselves as "internationalists" could not have been more excited when in the year 2000, the United Nations Organization adopted the Millennium Development Goals. The Millennium Summit, in New York, September 2000, adopted eight Goals to reduce extreme poverty and provide services:

This 15-year plan produced some good results but failed to deliver in its entirety:

MDG 1 - There are still hundreds of millions of people who continue to live in varying degrees of abject poverty and many families do not have food on their tables every day;

MDG 3-5 - The ratio of female-to-male disparity in terms of income remains high, girls are still more likely to remain outside education than boys; the number of women dying during pregnancy was reduced by 45 per cent and not the 75% set as goal 5; MGD 4 was reached, in that the number of deaths of children under five years of age halved;

MDG 7 - Environmental sustainability has not been achieved, despite 8 (eight) COP Summits since Y2K; however, improved sources of drinking water were provided to 89 per cent of the world's population.

Shock and terror, horror and depression

As the decade wore on, elation turned into desperation, then shock and today, horror and depression. The war on terror was launched after 9/11, and we saw that Kosovo was not a one-off, but rather a precursor of the invasion of Afghanistan, a country which today produces more opium than in 2001, where the Taliban remain undefeated and where Islamic State has a foothold; the invasion of Iraq in 2003, one of the world's most monumental foreign policy disasters, rendering the country a failed state, half of it controlled by Islamic State; Libya in 2011, where the country with the highest Human Development Index in Africa was relegated again to a failed state and where, again, Islamic State has thousands of fighters; Syria, where Takfiri terrorists were backed by the West to create mayhem, attacking the police, fire and ambulance services, raping and murdering nuns, sodomizing priests, slicing the breasts off women in the streets, raping little girls before and after decapitation and impaling little boys on iron spikes; Ukraine, 2014, where a Fascist coup was instigated to oust the democratically elected President amid calls for the "death of Russians and Jews", Fascist massacres, and give Ukraine's shale gas to the Biden lobby in Washington.

Then in 2015, Turkey shoots down a Russian jet over Syria because it was conducting an anti-terror operation - against Turkish-backed terrorists. The world seems once again divided between East and West, through no fault of the East, people are looking at one another down the sights of guns, there are gun massacres weekly almost in the USA, the streets of our cities are unsafe, the home to marauding gangs of thugs, hooligans and drug addicts.

And today, half the countries of the world are no-go areas with international terrorism a reality and chemical-, bio- or nuclear terrorism very much on the horizon and waiting to happen sooner, rather than later.

Education has become a business, healthcare has become a prerogative of the haves, employment is no longer guaranteed and getting and maintaining a house is a drama. No wonder suicide rates are skyrocketing. If at the turn of the century/millennium, someone had told me this would be the reality in our world in 2015, I would not have believed it.

Hope is the last thing to die

So this is the collective legacy which is bequeathed by the generation which I represent, and a sorry record it is, again through no fault of my own or those I represent. So permit me some veiled and skeptical optimism when I see that on December 9, the United Nations Security Council adopted, for the first time in history, a resolution on youth, peace and security. However, in the absence of any other legislation, hope is the last thing to die.

Mentioning "the rise of radicalization to violence and violent extremism amongst youth, which can be conducive to terrorism," the UNSC Resolution of December 9 wants young (wo)men to become more involved in the prevention and resolution of conflict, reducing hatred and extremism. The Resolution aims to position youth movements as "important partners in the global efforts to counter violent extremism and promote lasting peace, the resolution also gives impetus to the youth-led peacebuilding and conflict-prevention interventions to build peaceful communities and underpin democratic, inclusive governance".

To do this, it "urges Member States to consider ways to increase inclusive representation of youth in decision-making at all levels in local, national, regional and international institutions and mechanisms for the prevention and resolution of conflict...and, as appropriate, to consider establishing integrated mechanisms for meaningful participation of youth in peace processes and dispute-resolution."

In a nutshell, time for our generation to step aside and allow someone else to take over. After all, the legacy we bequeath leaves (so) much to be desired.