November 7: The eternal values of the Revolution

November 7, 1917, the Great Socialist Revolution in Russia. Medieval and feudal values were swept aside and people's power was internationalized, creating public services of excellence, making available public resources as universal property, implementing regimes of social mobility and externalizing the Revolution to the four corners of the Earth. 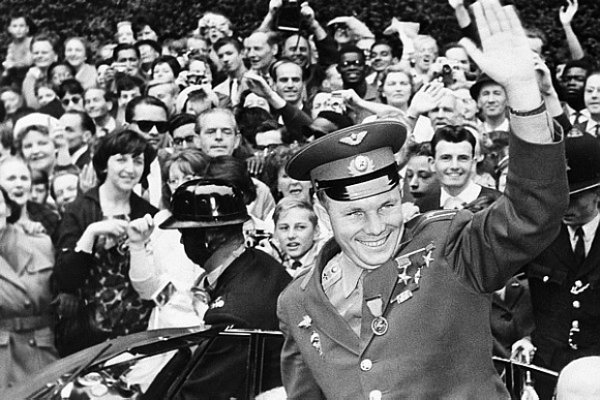 November 7, in the Gregorian Calendar, marks the date of the October 25 Revolution in the Julian Calendar, the Great October Socialist Revolution, which brought medieval societies into the front line of development within one generation, which created a worldwide revolution enshrining workers' rights, women's rights and human rights into Constitutional law around the world.

The eternal values of the Revolution

The Russian Revolution was an exercise in power to the people, implementing democracy, freeing serfs, creating the proletariat, freeing women and giving them the vote, taking children out of the mines, creating Trade Unions which defended workers' rights against the hegemonistic tendencies of societies controlled by Capitalists.

It was an exercise in a universal movement of goodwill, brotherly and sisterly relations being favored over differences in race, in creed, in ethnicity, in color; it was an exercise in the implementation of social leaning programs worldwide. Whole societies and countries were freed from the yoke of imperialism, colonies were disbanded, people were educated, people were empowered, women were given universal rights, universally.

Public services existed for the first time in developing countries which had been the playgrounds of the rich and prosperous from the northern hemisphere, more specifically North America and Western Europe, countries which had enslaved millions of people in the Negro Holocaust, i.e. slavery. They have yet to apologize and make reparations.

The climate was one of goodwill, one of providing knowledge, discussing ideas and enshrining ideals in Constitutions. For the general goodwill of Humanity. The idea was a free education, the idea was security of the State against invasion from imperialist powers, the idea was safety on the streets, with people free to venture out at any time of day or night, free to do what they wanted, the idea was to provide free medical care, including dental care. The idea was to export these universal rights and values to all countries.

It worked, and it was successful. The model existed, was implemented and enjoyed, it was celebrated, it freed millions of people from the yoke of imperialist tyranny, it provided an example, a model and a path to follow. It also provided a beacon of light for the future, after the neo-imperialist wave which is the reactionary knee-jerk force we feel today and see around the globe in the wars provoked by the 666 - the Big Six Lobbies which shape the policies of the FUKUS Axis (France-UK-US) and their NATO poodles (Banking, Finance/Economics, Energy, Food, Pharmaceutical, Weapons).

The Great October Revolution brought previously unknown benefits to countless millions of people, despite having been forced to defend itself right from the beginning when the countries which have historically fostered and sponsored social terrorism interfered in the Russian Civil War; the Great October Revolution surpassed the provocations from external forces creating dissent through acts of terrorism and sabotage via agents provocateurs; the Great October Revolution created an industrialized society capable of withstanding and destroying the Hordes of Hitler and then decades later, spending 250 billion USD a year (forty years ago), providing public services for peoples enslaved by those exponents of social terrorism.

Ninety-eight years later, we can see that the world has changed little, and that the values of the Great October Revolution continue to strike a chord with those of the vast majority of humankind, being core values in the hearts and minds of Humanity. Those who practiced social terrorism, continue to practice social terrorism.