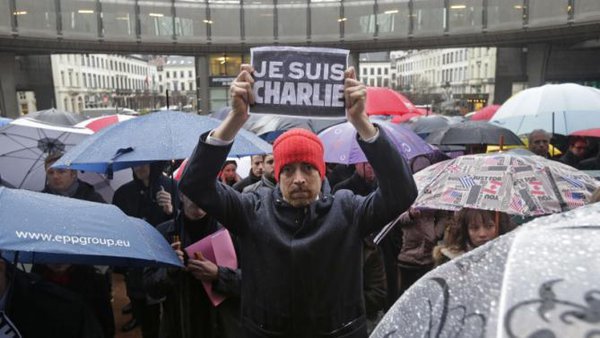 France made a few aims in the fight rather cautiously by bombing the ISIS bases in Syria.  They were seldom attacks and not significant.

Hollande is not a strong politician to begin with.  He achieved the highest fame when he was caught entering his mistress' apartment, still wearing his motorcycle helmet after been chased by a prying paparazzi. That was not a good start for a President, especially when his longtime girlfriend was waiting for him at his presidential residence.  Since that, the complete silence regarding Hollande absorbed in the secret affairs hidden in NSA files. But for how long?

No, I'm not judging Hollande, but his timing for bad press just keeps ripening!

Russia was generous to France

Russia was generous to France to forgive them Mistralies, a large price paid off in full years back! Russia stimulated the French economy by doing this. However, the newly elected stooge, Hollande, took orders from Washington and refused to release the paid-off planes. Russia went to an extent to understand this openly manipulated regime in France, and even omitted the extra grievances, agreeing that it's be sold to Egypt.

But the rest were ordered to stay till the end of the game. Dead or alive! The French government claimed it was the safest area to be! Really?

Five more popular locations were under attack by the ISIS that night, including trendy restaurants. Thankfully, the American band, a California-based rock "Eagles of Death the Metal" escaped earlier and was not hurt, but many in attendance suffered wounds and ultimate death. Ironically, the band displayed a sign, "The Death Metal!" Did it mean anything?

As far as we know Bilal Hadfi, 20, a French national, one Syrian a Belgium man who was allegedly responsible for plotting the terrorist attacks!  What about the others?

This morning French Interior Minister Bernard Cazeneuve announced that the country has since conducted 168 raids, detaining 23 suspects and putting more than 100 under house arrest.

On Friday Russian officials complained about their another Charlie Hebdo's swing at the Russian victims that were crushed in the plane over Egypt. It was an additional offensive caricature mocking the dead. The first two were very cynical, cruel and sacrilegious. I haven't seen the third one yet to make any comments.

What's remarkable about Russia is that they forget all grudges in times of tragedies.  They mourn and cry for the French victims. No one expressed more sorrow in France, according to my research. Russians laid a sea of flowers at the French Embassy, more than anyone else.

Check it for yourself.  I looked at Germany, US and other countries' shrines. No one can beat the Russian generosity, despite the sanctions!

We all mourn the victims and are ready to smoke out the beasts' nests!