The British authorities knew that Sharm el-Sheikh airport security was weak ten months ago. So much so that they sent a team of experts to bolster screening measures. Stories abound of tourists paying twenty pounds to avoid security checks, a few weeks ago. Chatter was picked up that ISIL was planning a terrorist attack. So why was this not shared with the Russians? 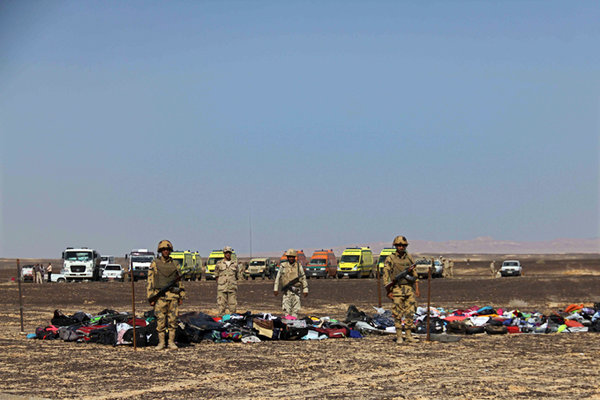 Egypt is a prime holiday destination for British tourists - around 900,000 people visit the country every year, which is why the British authorities were so worried about Sharm el-Sheikh airport security - the airport in the south of the Sinai Peninsula from which the Russian holiday jet, Metrojet Airbus 321, Flight Number 7K9268, took off before crashing on October 31, killing all 224 people on board.

Pay 20 pounds and jump the queues without screening

Experts were sent to improve security measures, concentrating mainly on baggage handling and said they were satisfied that the right action had been taken. Yet only a few weeks ago, tourists were paying officials twenty pounds to gain the right to jumping past all queues and not having their baggage checked.

Further to this, British intelligence picked up what is described as communications and "chatter" (intercepted messages on the Internet) which reveal that Islamic State was planning a terrorist attack in the region, prompting Prime Minister Cameron to claim that the hypothesis of a bomb on board was "more likely than not". And further still, the White House now claims that it had received information pointing towards a terror attack.

It is reported in the British newspaper, The Telegraph, that the British security service MI5, GCHQ and the American security services "went back" over crucial intelligence picked up from communications made by known Islamic extremists operating in the area.

So now the fifty thousand-dollar question: When was this intelligence picked up, why was it not shared with their Russian counterparts, under existing agreements on intelligence sharing, and why are communications with the Russians still far from open?

The answer to this question was put in a nutshell by a commentator on Sky News early on Friday morning. In summary, he stated that if Russia invades Ukraine and shoots down aircraft itself, what does it expect?

OK, Sky News is famous for its nudge-nudge, wink-wink approach to news reporting, as in "What I wanna know is, how do they go to the toilet?" or, crawling around the legs of American soldiers in Iraq, I repeat, Iraq, "Hey you guys! Looking for some revenge for 9/11?" And what was said this morning is a telling example of a misinformation campaign to shape public opinion, as we saw with Iraq's non-existent Weapons of Mass Destruction, the lies that Gaddafi was bombing his own civilians, which he was not, and the lies about Syria's Government using chemical weapons against its own people, which is another barefaced, blatant lie.

Regarding Ukraine, the truth of the matter is that there was a Putsch staged in Kiev by Fascists, who stationed snipers on the fifth and sixth floors of Hotel Ukraine and fired on the crowd in Maidan Square below to incriminate the authorities, and which after forcing the democratically elected President, Viktor Yanukovich, out of power, started issuing anti-Russian edicts and there ensued Fascist massacres of Russian-speaking Ukrainians in the South-East of the country.

Alarmed, Crimea, whose Legislative Assembly became the legal entity in force after the removal of the President, decided en masse to rejoin Russia. As for the notion that Russia invaded, Ukraine, only a feeble-minded simpleton would swallow that lie, given that had this been the case, Kiev would have fallen within three hours. And the cherry on the cake - the MH 17 - there goes the West again with slanderous accusations that Russia was in any way involved, when there is plenty of evidence that the aircraft was shot down by the two jet fighters seen trailing it, and in the total absence of any vapor trail left by a rocket.

And regarding the truth, what brought down Flight 7K9268? Although a US satellite reportedly picked up "heat flashes" in the area of the crash at the time of impact, ISIL is known to have shoulder-launched missiles that can reach one third of the altitude the Metrojet Airbus was travelling at.

The theory that the tailfin had been cracked in an impact incident in 2001 might provide a reason why the aircraft broke up in mid-air but does not explain how the debris was scattered over twenty kilometres.

This leads to the possibility that there was a massive explosion on board causing the fuel tanks to rupture and blow up, charring the passengers at the back of the aircraft and killing those at the front through shock and asphyxia. Was this a spark in a fuel tank, was it a fire in the cargo hold (what cargo was the aircraft carrying and was this properly conditioned?)...or a bomb, smuggled into the aircraft through lax airport security.

Did an ISIL operative pay a member of the Egyptian security staff the equivalent of 25 USD to have a bag put on the plane?