Once again, after the December 20-22 facts in Tours, Dijon and Nantes, France was targeted with a terror attack, probably the bloodiest carried out by Islamist terrorists on French soil. Could it have been thwarted? Well, those who deal with security issues on a daily base know how hard it is to prevent an attack, especially when the judicial system lacks proper laws on preventive restrictive measures that must go side to side with surveillance activities. 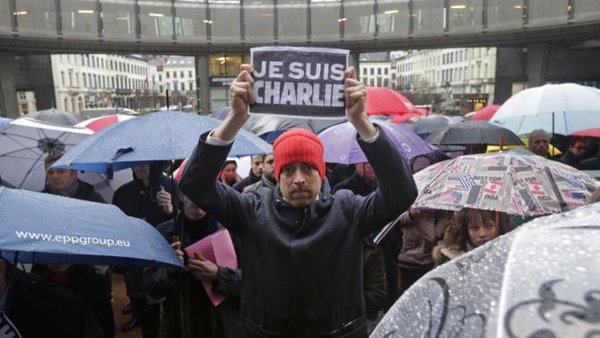 Although, the two terrorists, French-Algerians Said and Cherif Kouachi, were well-known to French intelligence, they had been in Syria, fighting side to side with the Islamic extremists. According to the French police the two brothers were small criminals that had progressively radicalized. Cherif was arrested in 2008 and charged with 3 years for being part of a cell that was sending fighters to Iraq.

It is interesting to notice how the two were able to penetrate with the car in the center of Paris, fully armed with automatic rifles and a rocket-launcher, in front of a newspaper that had already been targeted in the past by Islamic extremists and that was expected to be well-guarded; they knew that the newspaper was holding the weekly meeting that day at that exact time, they managed to carry out an attack that lasted at least 5 minutes, calling their victims by name, shooting multiple times and then fleeing the scene, hijacking two cars and yet they are still at large.

On March 24th 2014 another French-Algerian with previous jihadist history in Syria and with criminal records, Mehdi Nemmouche, had fired on the Jewish Museum in Bruxelles, killing four people. He was later arrested in Marseilles while getting off a bus and denied charges against him.

We are obviously in front of a new type of terrorism that doesn't involve anymore suicide bombings but rather cold-blooded assassins that were trained in camps in the Middle East and who have acquired the necessary operative preparation to plan and carry out attacks in Europe, in an extremely efficient way, fleeing the scene and giving the authorities a hard time in tracing them. Europe will soon need new laws to deal with such a phenomenon.

The Charlie Hebdo terror attack doesn't pop out of nowhere; in fact between December 20th and 22nd 2014, three other Islamist attacks occurred in France: in Tours, where a man entered a police station armed with a knife and injured three officers before being shot dead; in Dijon and Nantes, where cars were driven against pedestrians who were walking on the street and buying presents at a Christmas street-market. In all three cases the attackers yelled "Allahu Akbar".

Today several mosques have been attacked throughout the country; there were no casualties so far but there is clearly the risk for an outbreak of violence that in some way would help the terrorist in their objective: spreading more hate and violence.

The French know very well that there is a moderate Islam that is against terrorism and which has publicly taken strong stances against the Charlie Hebdo attack, but there are also many extremists who are cheering on social networks for the attack. Second and third generations, converts, with French citizenship but who obviously do not feel French at all and who prefer to embrace a radical and decontextualized ideology in order to look for some comfort from their frustrations.

From a social perspective it is clear that many French people now feel besieged by the extremists, many of whom come from those banlieux that are often a stronghold for a delinquency that, if melted with religious extremism and dogmatism, can create an extremely dangerous "cocktail".

France is the birthplace of  the so called "laicitè" and the French people now feel their country and their principles: "libertè, egalitè, fraternitè" threatened by a religious extremism that has progressively grown through the years and that has never been part of France's cultural heritage.