The bomb that caused the Russian passenger plane to crash over Sinai on October 31 was most likely placed under one of the passenger seats by the window. 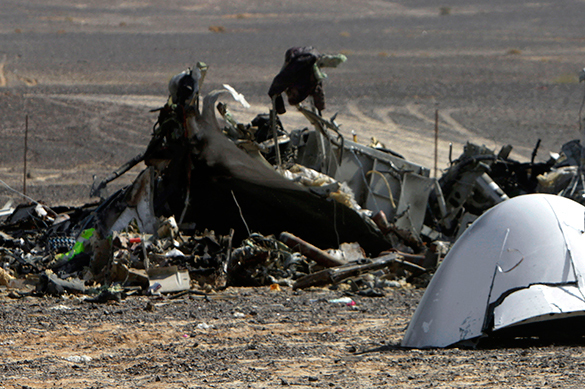 The plane immediately lost the tail section and collapsed in the air. The people on board were killed almost instantly as a result of a sharp pressure fall.

Russian FSB experts, who examined the wreckage of the A321, found a large hole in the fuselage the edges of which were curved inside out.

It is suggested that the explosive device could have timer mechanism. Experts assume that it was someone of the airport staff that could plant the bomb on board the airplane, for example, cleaners or food and luggage delivery workers.