Airbus A321 crashed because of engine explosion, Egyptian experts say

Spokespeople for the Office of the Prosecutor General of Egypt said that the flight recorders of the Airbus A321 that crashed on the Sinai Peninsula on October 31 had been decoded. According to the data obtained from the black boxes of the passenger jetliner of Russia's Kogalymavia airline, the plane crashed because of a technical fault in the aircraft. One of the engines of the airplane caught fire, and the fire led to an explosion, Pravda.Ru reports with reference to Egyptian publication Almasryalyoum. 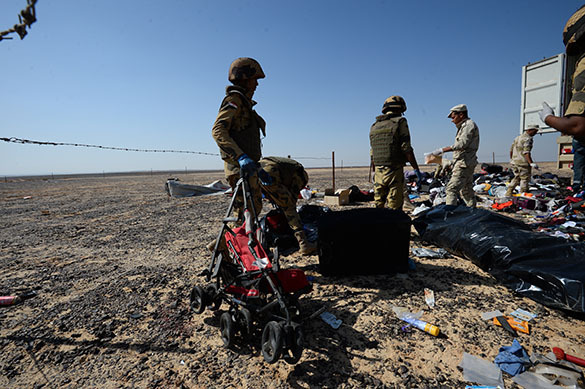 It also became known that the pilots were not talking about technical problems on board.

The reasons for the fire on board the plane will have to be established. At the same time, an anonymous source at the Office of the Prosecutor General of Egypt said that the version of the terrorist attack had not been rejected.

The largest air disaster in the history of Russian and Soviet aviation took place on October 31, 2015, when Airbus A321 jetliner with 224 people on board crashed in Egypt flying from Sharm el-Sheikh to St. Petersburg.