Elements not related to Airbus A321 found on crash site 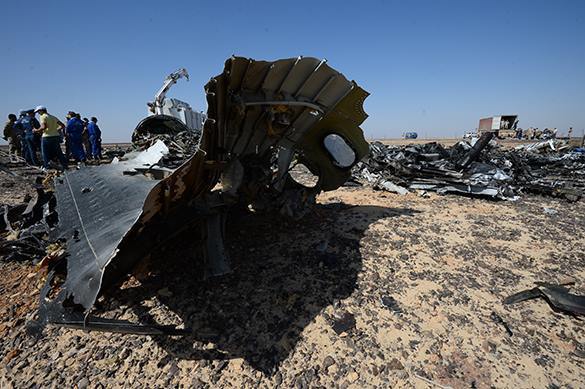 Rescuers and the investigation team working at the crash site of the Russian aircraft in the Sinai Peninsula, found fragments that did not relate to the design of the Airbus A321 aircraft, TASS reports with reference to a source from to investigation.

"Experts have found elements that do not relate to the aircraft structure," the source said.

The elements have been collected and sent for expertise, the source added.

It was also reported today that flight recorders from Airbus A321 registered the sounds that were not typical for the normal operation of the aircraft. The sounds were recorded moments before the crash.

Airbus A321 disaster: All traces lead to Egypt