The head of the Interstate Aviation Committee, Viktor Sorochenko, said that the Airbus A321 that crashed in Egypt yesterday, on October 31st, fell apart in mid-air. 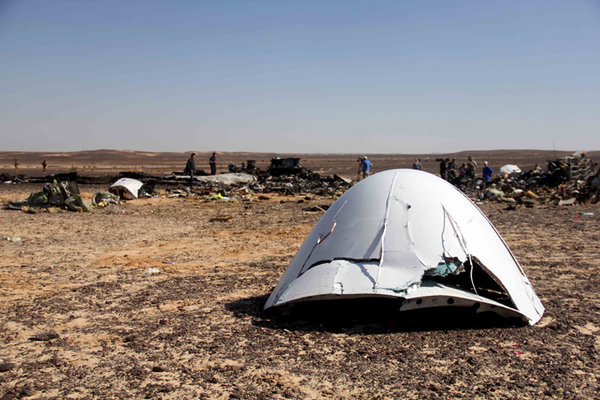 The conclusion was made as a result of the examination of the crash site. Sorochenko added, though, that it was too early to name the cause that led for the crash that killed all 224 people on board the airliner.

"It is too early to speak about the conclusions. The aircraft fell apart in the air, and the fragments of the plane are scattered on a large area," RIANovosti quoted the official as saying.

Also read: Was the Russian plane shot down?

Russian and Egyptian experts continue working on the site of the crash. The Investigative Committee of the Russian Federation opened a criminal case under articles "Provision of services that do not meet safety requirements" and "Violation of safety rules and operation of railway, air, sea and inland waterway transport." Offices of Kogalymavia airline were searched.

Investigators questioned the crew that was on the same Airbus 321 on October 30 (the plane was bound from Samara to Sharm-el-Sheikh). All versions of the tragedy will be investigated thoroughly, officials said.

Airbus A321 of Kogalymavia crashed on October 31 about 30 minutes after take off in Northern Sinai, Egypt, killing 217 passengers and 7 members of the crew. The tragedy has become the largest air disaster in the history of the Russian aviation. On November 1, Russia mourns victims of the air crash.