Food Safety: Bring it on to the political agenda

Terrorism and public safety is high on the list of political priorities in a world in which the manipulation of perceived fear shapes foreign and domestic policies, under the notion that an enhanced "them" justifies a beefier "us". Where is Food Safety, a hidden killer which claims millions of lives every year with impunity? 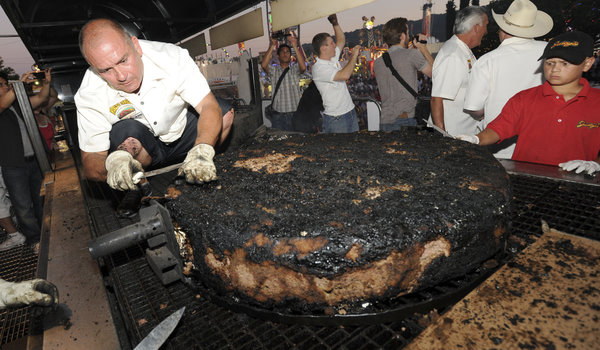 As a parent, would you allow someone else to feed your child toxins? Then why do you? Why have you passed, by proxy, the responsibility for feeding your child, to a group of greedy multinational companies, the Food Lobby, which spend millions on advertising campaigns with bright, primary colors - reds, yellows, oranges, bright shiny blues - offering gifts, hosting parties and virtually shoving a funnel down the child's throat while it is filled with antibiotics, chemical substances such as hormones, growth enhancers, artificial coloring, artificial flavoring, fats and dangerous levels of sugar, when it does not contain bacteria? Or prions?

I am not speaking about McDonald's, I am speaking about the entire spectrum of processed and canned food and drinks satisfying the craving for an adrenalin, fat and sugar rush from morning to night, while we allow our children to feast on comfort food, avoid anything green and overeat red and processed meats, the recent pariah of the tabletop along with yesterday's hero, margarine, which used to be so, so good for us but now... bring back the butter. Or better, olive oil.

The human being does not even know how to feed itself

And here is the issue. The human being is perhaps the only animal that does not know how to feed itself, and so useless a specimen it is, that it does not even retain knowledge about its own healthy nutrition after being exposed to information for decades. I am speaking about the sixty-year-old, obese or heavily overweight, who starts the day with a nice, cold carbonated drink literally laden with sugar, continues with a fried bacon sandwich, or even worse, a fry-up with sausages (lips and backsides), eggs and fried bread; who then has the first of many instant coffees, then for lunch an instant soup and a burger, meat which may even have been rinsed with ammonia; or else some chicken from a battery farm - you know, those places which rear a chicken from egg to shelf in five weeks, where the light is on 24 hours a day to induce the birds to feed, there the chicks are thrown away at birth if they are the wrong sex, where those who survive have their beaks clipped and where the bird is fed a diet of antibiotics and hormones until the life of these sociable and intelligent birds is mercifully ended with the act of slaughter.

Remember Mad Cow Disease, or new-variant Creutzfeldt-Jacob disease, caused by a prion (protein) which develops in cows that are fed the pulverized bones and brains of other cows? Not only does the human being not know how to feed itself (for example, this mania and obsession with drinking cow's milk - how many other animals take milk after they are infants, and how many take milk from a totally different animal?) but we force a herbivore to be a cannibal, then complain when things go wrong.

How about a health warning, like on packs of cigarettes?

Then we grow our food in soils contaminated with toxins, we grow genetically modified crops - again, have there been sufficient studies into this area? - we harvest cereals contaminated with Persistent Organic Pollutants, such as dioxins and Polychlorinated biphenyls, causing cancer - there are more deaths every year caused by consuming unsafe food than those caused by terrorism, yet one is on the political agenda and the other is off the radar.

In assessing government policy nowadays, we should not assume that, collectively (there are exceptions), those in government have some higher desire to provide public service. Rather, we should analyze how much the six faceless lobbies (banking, finance/insurance/economics, energy, food, pharmaceuticals, weapons) have to gain. Reluctantly, they slapped a health warning on packets of cigarettes because they were forced to, through public opinion.

Suppose we have a health warning on processed foods? And supposing we start a campaign for this to happen, thus protecting further generations from toxins, given that the ones already born have already been exposed?