Hillary Clinton, the person who called Russia's Syria policy as it denounced the growing influence of terrorists "despicable", looked somber as she answered questions fired by a Congressional Committee. The point is not whether she showed incompetence over the Benghazi attack, rather that she and Obama have destroyed the Democratic Party and betrayed the USA. 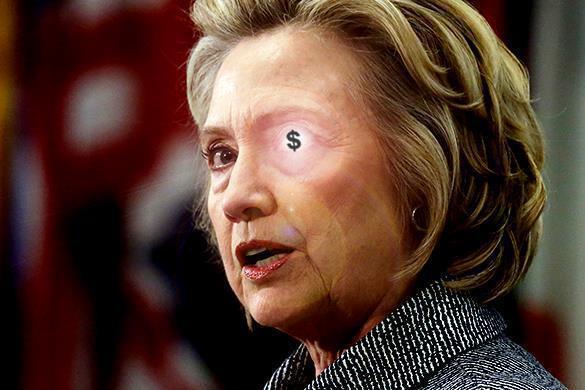 President Obama and his Secretary of State Hillary Clinton promised so much eight years ago. Such was the wave of goodwill sweeping around the world that the Nobel Peace Prize was awarded to the new US President even before he had taken any policy decisions. The message was loud and clear: it was a prize awarded with a tail attached: we hope you mean what you say. Read these words: No more wars!

Obama and Clinton sat back and watched

And what did Barack Obama do as his Secretary of State willingly waltzed into Libya, terrorist guns a-blazing? Nothing. Both of them went along with Britain and France, the latter present in Benghazi since the end of 2010 on the eve of the Libyan "Revolution" (another name for a Western-backed coup d'état using terrorists) and the country with the highest Human Development Index in Africa was relegated to what we see today: marauding gangs of terrorists making life a misery for the country's people. Women getting their breasts sliced off in the street. Girls being raped before and after their heads are cut off. Little boys impaled on stakes. And Islamic State proudly flying its demonic flag in three Libyan cities. And there was Gaddafy, the first international leader to issue an international arrest warrant against al-Qaeda operatives...

And a year later, four Americans died. Not because their compound was attacked, but because of Clinton and Obama's Libya policy. If the USA and its Allies in FUKUS (France-UK-US) had not invaded a sovereign nation, involving themselves in the internal affairs of a State, using terrorists on their own lists of proscribed groups, then the attack would never have happened. Did Libya impose an immediate and direct threat against the USA or its allies? If not, then why did the USA get involved? And if not then Hillary Clinton and Barack Obama are war criminals. Let us call a spade...a spade.

So the issue is not incompetence at a lower level and Hillary Clinton taking the flak and claiming responsibility, doing the right thing like a Captain going down with the ship. It is far deeper than that: the United States of America under President Obama and Hillary Clinton committed war crimes in Libya and breached international law. See here.

So instead of running for the Presidency of the United States of America, why is Hillary Clinton not standing trial as a war criminal?

Speaking of change, what was that Obama and his administration were saying about the USA's torture and concentration camp at Guantanamo Bay? Did they say or did they not say that it was to be closed? At the end of 2015 it is still open. And so...?

So after Hillary Clinton masterminded the USA's horrific failure in Libya what did she do? She turned her back while her country aided other groups of terrorists to attack the police and soldiers of the Syrian Government, turned her back while these same terrorists used chemical weapons and then blamed President Assad, and then called Russia's policy "despicable", and I quote, when Moscow warned about the growing terrorist threat. What would America's firefighters, police and servicemen think of their leaders supporting terrorists to murder their colleagues overseas? Isn't it about time people in the USA started thinking more laterally and addressing these issues?

And what were Hillary Clinton and Barack Obama doing while Islamic State was growing up under their noses? Nothing. At best. There are other accusations, as yet without foundation so I will not approach this area here. Yet.

In conclusion, Hillary Clinton and Barack Obama have not only let down the world by reneging on what they promised, but they have also let down their country by behaving worse even that George W. Bush, giving us more of the same while hiding behind a sickly-sweet cloak of what turned out to be a tissue of lies, and fraud. More than that, for those who are thinking of voting for Hillary Clinton just because she is a Democrat, remember that she is also responsible for damaging the image of her party beyond repair. For those who want to vote for her just because she is a lady...

Personally I prefer someone who acts and speaks straight, however disgusting her/his policies may be. At least I know what's coming. With Bush you knew what you were getting, like him or not. With Obama and Clinton, they smile at your face and have a knife behind their back. All you get is fraud, lies and more war crimes, yet a cynical verbose diarrhea claiming the contrary.

I would urge Hillary Clinton to throw in the towel now before she wastes any more money. This time around the winning candidate isn't going to pick up her tab. Hillary Clinton had it all going for her, but she blew it in her utter arrogance and her idiotic kowtowing to the lobbies which have pulled Washington's strings for decades.

This time change may come, curiously from the Republican side.