Our world is sexist and exclusive

2015 - the world we live in, at the beginning of the third millennium, is sexist and exclusive. Quite apart from spending trillions of dollars a year, every year, on weapons systems to murder one another, quite apart from decimating the species sharing our planet with us, apart from polluting the seas, air and land, just over half the countries have achieved gender parity in education. 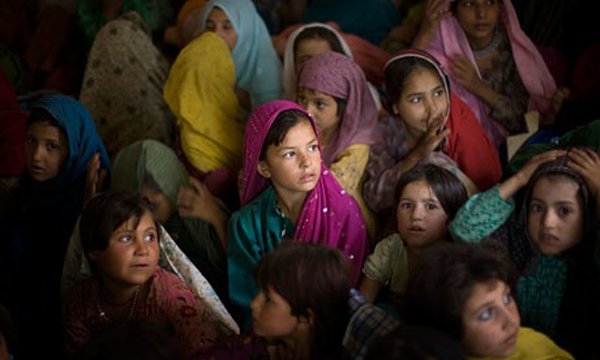 The new report released this week by the United Nations Educational, Scientific and Cultural Organization (UNESCO) provides some chilling statistics - namely that despite combined efforts, just over half the countries in the world have managed to achieve gender parity in primary and secondary education. This, in a world which spends literally thousands of billions of dollars on weapons, in a world which is desecrated by Humankind as swathes of habitat are destroyed, killing countless species of animals and plants even before they have been discovered, apart from killing the ones we know.

The report, Gender and Education for All (EFA) 2000-2015, was drawn up by UNESCO's Global Monitoring Report and UN Girl's Education Initiative and reveals some telling statistics which should make Humankind, collectively, ashamed. For instance some fifteen million girls will never even step into a classroom. For instance, not one single country in Sub-Saharan Africa was able to meet the gender parity goals in education and this area, together with the Arab States, has the worst record.

In Chad and the Central African Republic, the number of boys in education is double that of girls despite the fact that the number of boys dropping out of secondary education is higher in percentage terms than the figure for girls. By 2015, less than seventy per cent of young women in Sub-Saharan Africa will be literate and 65% of adults who cannot read or write are women and not men. In Arab States, 20 per cent of girls from poor families have never once set foot inside a school. Worldwide, 62 million girls of school age do not attend any education program.

Worse, the figure has not moved or improved since 2000.

Gender violence and rape at schools

Gender violence and rape at schools is rife and is a factor which underlies the disparity in attendance, as is child marriage, in which girls are forced to marry while minors and are then excluded from education by the husband and his family. In 2012, 20 per cent of women who married worldwide were aged between 15 and 19.

Communities must be mobilized, all those involved in education must be involved to address the issue of gender equality. How can we call ourselves civilized if during the same timeframe when we have seen wars in Afghanistan, Iraq, Sirya and Libya. Somalia, Yemen, Mali, Sudan, Mali, Central African Republic, among others, gender parity in education has been paralyzed?

What a telling statement on Humankind, 2015.